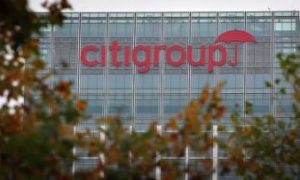 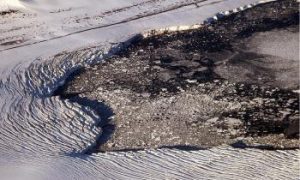 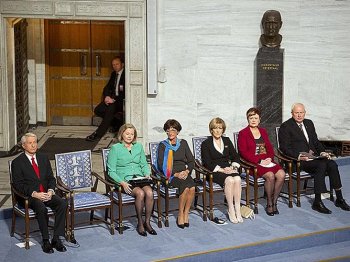 By Matthew Robertson
Print
The Nobel Peace Prize for 2010 was presented to Chinese dissident Liu Xiaobo in absentia, at a ceremony held at the Oslo City Hall. An empty chair marked Liu’s absence.

Liu Xiaobo is being held in a Chinese labor camp and his family was not allowed to travel from China to accept the prize on his behalf. Thorbjoern Jagland, Chairman of the Norwegian Nobel Committee, placed Liu's medal and his diploma in the empty chair, symbolically delivering the prize, according to the live transmission of the event.

Only once before has a Nobel Peace Prize not been awarded to either the laureate or a representative, said Jagland, in his speech during the ceremony. The 1935 laureate Carl von Ossietzky, a German journalist, was held in a Nazi concentration camp at the time of the Nobel ceremony.

The award to Liu was announced in October, “for his long and non-violent struggle for fundamental human rights in China,” according to the official statement by the Nobel Peace Prize Committee.

Jagland highlighted that China's own constitution guarantees Chinese citizens fundamental human rights, saying that in Article 41 of the document, "citizens have the right to criticize or make suggestions regarding the state's organs or functionaries."

"Liu has only exercised his civil rights … he must be released," he said, speaking in response to the 11-year sentence Liu is currently serving for "inciting subversion of state power."

The award calls attention to the strong opposition of the Chinese communist regime to this ceremony, opposition that has involved repression at home, the intimidation of Chinese in Norway, and diplomatic arm twisting.

Inside China, activists have been prevented from traveling, had their phone and internet lines cut, and been placed under house arrest.

News of the ceremony will be difficult to obtain in China. Foreign web sites have been blocked. For those who are following the news nonetheless, preparations have been taken to prevent any celebrations from breaking out, with bar and restaurant owners given warnings.

In Norway, Chinese have been called to meetings in an attempt to force them to protest the award.

“Chinese people are telling me that they feel pressured by the government to set up demonstrations against the prize,” Geir Lundestad, permanent secretary of the Norwegian Nobel Committee, told NRK, one of the country’s major news agencies.

NRK received similar reports, but were not granted on-the-record interviews. Chinese in Norway told NRK that the Chinese embassy has called for meetings with the heads of various Chinese organizations.

“For Chinese, this is very delicate,” Lundestad said. “They are afraid of being prevented from going to China. But this only shows how right and important this year's prize is.”

Chinese diplomats have also been busy organizing an international boycott.

Economic incentives, or a shared distaste with the Chinese regime toward notions of universal human rights, have drawn together a collection of nations in boycott. Representatives from between 17 and 19 countries will boycott the award ceremony, including Russia, Kazakhstan, Colombia, Tunisia, Saudi Arabia, Pakistan, Serbia, Iraq, Iran, Vietnam, Afghanistan, Venezuela, Egypt, Sudan, Cuba, and Morocco.

Communist Party foreign ministry spokeswoman Jiang Yu indicated that the boycotting nations’ decision “fully shows that the international community does not accept the decision of the Nobel committee."

Sixty-five countries were invited to the ceremony, 44 of whom will attend—not all of the nations failing to attend are boycotting the ceremony. Countries not predisposed to a boycott had letters sent to their embassies in Norway by the Chinese foreign ministry. Diplomats were warned not to do anything that would be “against China’s interests.”

The spokeswoman, Yu, expresses herself in the language typical of Chinese communist propaganda. The award ceremony is a “farce” and supporters of it “anti-China.” The Nobel Committee? “Clowns.”