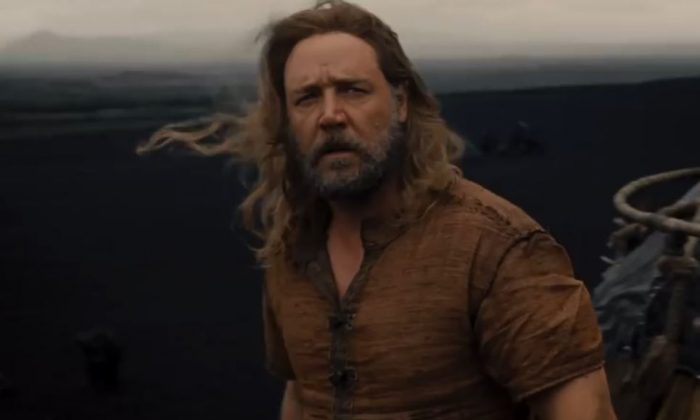 The “Noah” movie from director Darren Aronofsky, who also co-wrote the film, is set for a March 8, 2014 release date in the United States–and an awesome trailer is already out.

The cast is pretty strong. Russell Crowe stars as Noah, while his family includes Jennifer Connelly (Naameh, his wife); Emma Watson (Ila, his daughter); and Logan Lerman (Ham, his son).

As told in the Bible, Noah received word from God to build an ark as a worldwide flood was to come.

He did so, facing intense criticism from those around him. And the flood eventually came, leaving only Noah and his family alive in the end, or so the story goes. It is believed by some that the story only deals with a certain region of the world and people in other regions, such as China, also survived the flood.

The story is a tough one to get right as different audiences expect different things.

Sources told the Hollywood Reporter that Araonofsky and Paramount Pictures have been at odds over the final cut of the $125 million biblical epic after what was described as troubling reactions from screening audiences in New York, Arizona, and Orange County, California.

The screenings included audience members who were Jewish, Christian, and generally of the public.

Paramount suggested changes but Aronofsky didn’t want to make any.

“Darren is not made for studio films,” a talent rep with ties to the project said. “He’s very dismissive. He doesn’t care about [Paramount’s] opinion.”

Due to possibly major spoilers or perhaps because the sources couldn’t outline the actual ending, it’s somewhat unclear what the audiences were troubled over.

In any case, the movie will be out soon enough for us to decide on our own.