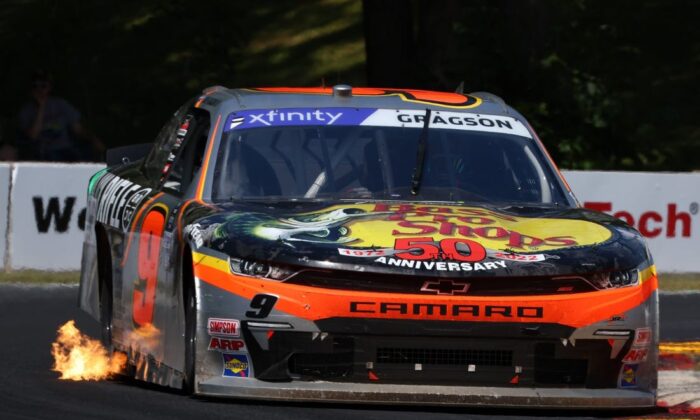 Driver Noah Gragson was fined $35,000 and docked 30 points in the Xfinity Series standings for rough driving that led to a crash in last Saturday’s race at Road America.

NASCAR said Wednesday that 30 points also were deducted from JR Motorsports in the owner standings.

The penalties were levied because of Gragson’s actions started a 13-car pileup. He intentionally used his car to bump Alpha Prime Racing’s Sage Karam after the two had been fighting for position. Gragson was not penalized during the race, but officials reviewed his actions and decided punishment was warranted.

“What I would do differently is try and keep my temper or aggression and keep that under control and try and remain cool, calm and collected,” Gragson, 23, said. “There’s a bigger picture than retaliating or getting Sage back for the multiple times that he doored us.”

“I was shocked, to be honest with you, when I saw Noah make that decision,” Earnhardt told SiriusXM. “I was just completely shocked and in a bit of disbelief not only that he made that choice but that he, you know, that it created such an accident and got so many other guys involved.”

With the points deduction, Gragson remains in fourth place in the series standings, but his lead over teammate Josh Berry shrunk to five points.

Gragson has won this season at Phoenix and Talladega.