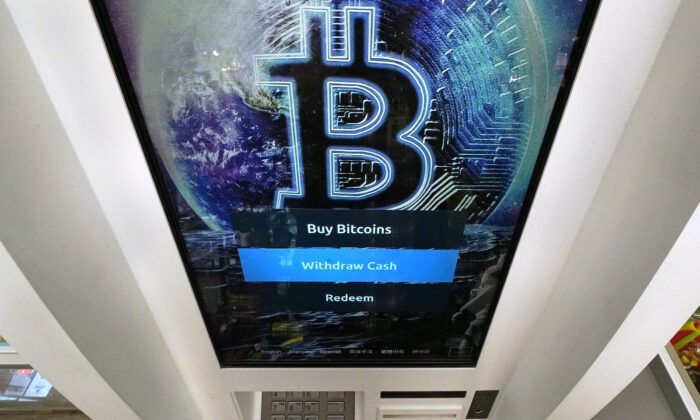 The bitcoin logo appears on the display screen of a cryptocurrency ATM in Salem, N.H., on Feb. 9, 2021. (Charles Krupa/AP Photo)
Business Columnists

No, Your Crypto Isn’t FDIC Insured

When Canadian cryptocurrency broker and lender Voyager Digital filed for bankruptcy in July, it created some confusion among its customers about their deposits and whether they were FDIC insured.

U.S. regulated bank deposits are insured by the Federal Deposit Insurance Corporation (FDIC) up to a certain amount. This serves as protection for customers in case of isolated bank failures.

Are cryptocurrencies FDIC insured? Of course not.

Voyager executives had said in the past that customers’ U.S. dollar funds would be FDIC insured. Those dollars, about $350 million in cash, were held in an omnibus account at Metropolitan Commercial Bank of New York.

It’s unclear if the cryptocurrency firm represented to clients that assets beyond dollars were insured. But federal regulators felt that it was a sensitive enough issue—given the circumstances that we’ll get to shortly—that it demanded some clarification. In a July 28 letter, the FDIC and the Federal Reserve Board demanded that Voyager cease and desist from making “false and misleading statements regarding its FDIC deposit insurance status and take immediate action to correct any such prior statements.”

What were those allegedly false statements? That Voyager itself was FDIC insured or customers’ crypto balances were FDIC insured? Neither of those would be true.

So U.S. dollar deposits—at up to $250,000 per customer account—would be recoverable. The customers’ cryptocurrency deposits, which could total in the billions, are indeed at risk. Customers could lose part of their crypto assets during the bankruptcy process.

Crypto giant FTX also created some confusion on a similar matter. In a July 20 post on Twitter, FTX President Brett Harrison said that customers could direct deposit their wages into FDIC-insured accounts in the customers’ names and that stocks would be stored in FDIC- and Securities Investor Protection Corporation (SIPC)-insured accounts.

This also caused the FDIC to issue a cease-and-desist letter in August, demanding that FTX remove the Twitter post and correct any suggestion that FTX itself or any non-fiat currency amounts would be under FDIC protection.

And in addition, FTX had to clarify that stocks and securities aren’t insured by the FDIC, but have limited protections provided by the SIPC.

Celsius Network, the bankrupt decentralized finance (DeFi) lender that stopped customer withdrawals in June, has also attracted state-level regulatory investigations over its accounts. In its bankruptcy filing, Celsius disclosed that it owed customers more than $4.7 billion.

While Celsius didn’t claim any FDIC protections, its founder and CEO Alex Mashinsky has attracted negative publicity for previously suggesting the apparent safety of Celsius and criticisms of commercial banks.

In any case, these representations by crypto firms and the regulatory responses underscore current sensitivities around crypto accounts and their security (or rather, the lack thereof).

These cryptocurrency firms embarked on aggressive marketing campaigns to attract depositors, enticing them with high yields (interest rates multiple times those of bank savings accounts) and a false promise of safety. In reality, these DeFi institutions likely engaged in risky lending and staking operations to fulfill these promised high-interest payouts.

Consumers should know that no crypto assets under any circumstances or on any platform are ever insured by the FDIC or another government agency. And even if a customer weren’t misled about any deposit insurance—like myself, who also had some amounts locked up in the Celsius bankruptcy—investors need to ask how those improbably high yields are generated and whether they’re sustainable.

It’s a question of performing due diligence on a counterparty over the soundness of its business model. And even if the business model is sound or deemed sound in the foreseeable future, investors should keep abreast of developments. In the case of Celsius, the warning signs were there earlier this year when the broader crypto market began to deteriorate, and the stablecoin TerraUSD collapsed.

And back to FDIC insurance—it’s interesting that contemporary leaders of an industry created initially by authority-averse libertarians are now actively touting the stability provided by government agencies.