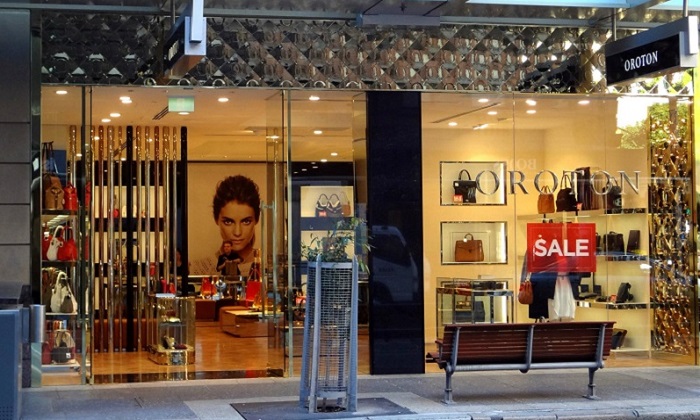 An Oroton store in the Australian city of Brisbane. The struggling up-market handbag retailer OrotonGroup has gone into voluntary administration. (Wikimedia Commons)
Australia

No Way Out for Luxury Handbag Retailer as Administrators Move In

Luxury handbag retailer the OrotonGroup has collapsed after not being able find a way out of the $14.2 million in losses it suffered this year due to falling sales.

Company management said it went into voluntary administration after an eight-month strategic review was unable to find a feasible way to secure its future, reported the Fairfax Media.

“The board is disappointed that it has had to take this step after running such a comprehensive process,” said interim chief executive Ross Lane, who is the 3rd generation of the Oroton founding family who established the company in 1938.

“However… it is apparent that voluntary administration is necessary to protect the Oroton business and the future of this iconic Australian brand,” said Lane whose family holds 21 percent of the company’s shares which have drastically dwindled in value.

As the company’s board finalized the outcomes of its review, its shares went into a trading halt on Tuesday. The Australian Financial Review said that the company’s shares fell from more than $9 in 2011 to just 43 cents on Monday. In that six years, the drop in price has slashed the Sydney-based company’s market value from $380 million to $18 million.

According to the company’s website, the OrotonGroup has 70 stores across Australia, New Zealand, and Malaysia.

The company said that its stores will continue to trade normally while administrators pursue a sale or a recapitalization.

Restructuring the group was a possibility, and “our ambition is that a stronger Oroton business will emerge from this process,” said administrator Vaughan Strawbridge from Deloitte Restructuring Services, reported Fairfax.

In August, the company announced it would close its six Gap franchise clothing stores – a joint venture with the US retailer – and focus on its core handbag brand.

Oroton is one of a series of mid-sized fashion retailers who have recently gone bust in Australia. Marcs, David Lawrence, Rhodes & Beckett, Herringbone, Payless Shoes and Pumpkin Patch have all gone under in the past 18 months, Fairfax said.

“Increased competition and changes in technology are driving down the prices of many of the things we buy,” Lowe said. “This is making for a tough environment for many in the retail industry, but for consumers, lower prices are good news.”

Another retailer tumbles into administration…and that's before the hyper competitive Christmas shopping season OR the arrival of Amazon….clearly we haven't seen the last of Australia's retail bloodbath…#oroton pic.twitter.com/70k7agmCTC