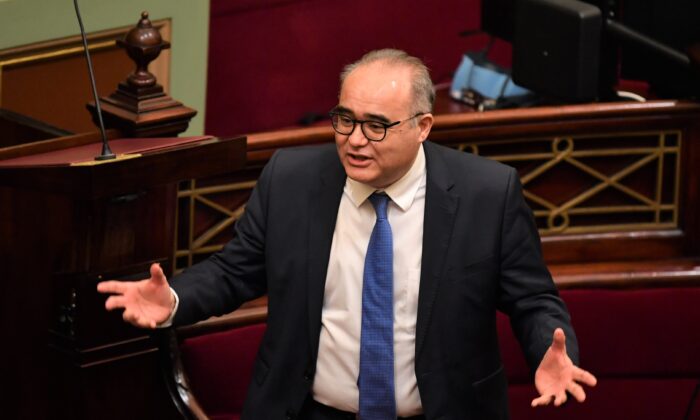 Victoria’s anti-corruption watchdogs have decided not to pursue prosecution against Victorian Labor MPs engaging in deliberate, extensive and egregious use of taxpayer funds.

On July 20, The Independent Broad-based Anti-corruption Commission and Victorian Ombudsman released a joint report detailing an investigation into branch stacking allegations within the Victorian branch of the Labor Party.

While the report found evidence of a range of unethical behaviour from hiring unqualified people into publicly funded roles, nepotism, forging signatures, bullying and attempts to interfere with the government grants process, the watchdogs did not refer the implicated MPs to the Director of Public Prosecutions.

The anti-corruption organisations explained that the above conducts were not sufficiently or clearly described by any existing law about misconduct in public office.

“Although we consider the conduct to be egregious, the difficulties in proof are such that we cannot recommend prosecution,” the report said.

“Rather, it will now be a matter for the Privileges Committees of each house to decide whether the named MPs have wilfully brought discredit upon parliament.”

Branch Stacking Not Limited to One Labor Faction

In addition, the report found that the branch stacking practice was not limited to one Victorian Labor faction. However, evidence of misconduct only pointed to former Labor MP Adem Somyurek’s moderate faction.

“We had no specific evidence that allowed us to determine the extent of misuse by any other faction,” the report said.

Victorian authorities launched an investigation after The Age and Nine Network released a secret tape in June 2020 indicating that Somyurek handed over cash and used parliamentary staff to create fake branch members to amass political influence.

The practice, which is known as branch stacking, does not violate the laws but is against Labor party’s rules.

After media reports emerged, Somyurek quit the Labor party before he was expelled, while his factional allies Robin Scott and Marlene Kairouz also resigned from the Victorian cabinet.

All three MPs have denied committing any wrongdoing.

While the report made adverse findings against Somyurek and Kairouz, no evidence was found against Premier Daniel Andrews and other witnesses.

Overall, authorities questioned Somyurek and six other witnesses in public hearings, while another 26 were interviewed in private, including the premier.

The report stated that while the premier agreed that branch stacking was not limited to one faction and occurred across the board, he denied any personal knowledge of or involvement in such practices.

After presenting findings on the implicated Labor MPs’ unethical behaviour, the report made 21 recommendations, including introducing a parliamentary ethics committee, narrowing the scope of permissible work for electorate officers and prohibiting MPs from employing close family members in their electorate office.

Although the Victorian government has implemented new rules banning electorate officers from carrying out campaign duties during work hours after the “red shirts” scandal, the rules do not include factional work that is outside elections.

During his public hearing session, Somyurek said he had knowledge of branch stacking when he joined the Labor party in the 1990s and that the practice was “deeply embedded” within the party. He also admitted that there were “factional operatives” among his staff.