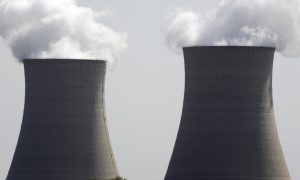 Environmental Pollution: The US Is as Clean as It Gets
0
Share Now
TelegramFacebookTweetEmailTellMeWeReddit
Copy Link 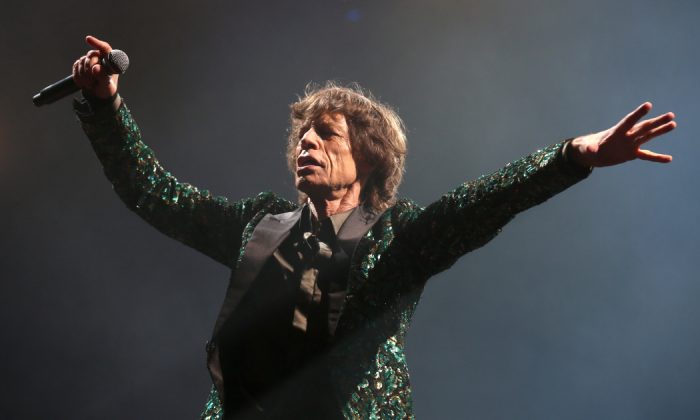 No, the Trump Administration Isn’t Rolling Back Environmental Controls

Mick Jagger and Donald Sutherland are both tremendous entertainers. As environmental analysts, they fall a bit short.

While presenting the new film “The Burnt Orange Heresy” at the Venice Film Festival, Jagger was quoted as saying: “We are in a very difficult situation at the moment, especially in the U.S., where all the environmental controls that were put in place—that were just about adequate—have been rolled back by the current administration so much that they are being wiped out. … The U.S. should be the world leader in environmental control, but now it has decided to go the other way.”

“Mick is right when he said the reforms that were instituted during the Obama administration were barely adequate, and now, they’re being torn about,” he said.

While it’s not surprising to hear two stars who are part of the left-leaning Hollywood crowd repeat those anti-Trump talking points, it’s kind of depressing. One can’t expect celebrities to know how to access environmental data and evaluate changes in environmental policy and regulation, but it’s sad to find two legendary entertainers being used as dupes by people who know better.

The Trump administration isn’t rolling back environmental controls, and it’s not tearing anything apart.

The machinery of environmental regulation is so complex that proving the truth of that statement would take a lot longer than a single column. The PR folks at the big environmental organizations know this, so they distill their narratives to include near-hysterical language that would never stand up to detailed scrutiny, but are readily accepted by those predisposed to hate everything this president does.

They do this in many ways, but two are particularly offensive: 1) distorting actions taken by the EPA to appear harmful to the environment when they are in fact not, and 2) pretending the president has the authority to personally gut environmental legislation duly passed by Congress and that he has any interest in doing so.

There are many examples of the first, but let’s take just one: ending EPA’s “once in, always in” policy.

Implemented during the Clinton era in 1995, the policy affected major sources of hazardous air pollutants (HAPS). If a facility emits enough HAPS to be considered a major source, then it’s subject to rigorous National Emissions Standards for Hazardous Air Pollutant (NESHAP) rules. But what if the facility makes changes and no longer emits major source levels of HAPS? Under the “once in, always in” policy, it didn’t matter. You still had to comply with the applicable NESHAP.

It was a silly, counterproductive policy. It discouraged industry from making process and material use changes that would lead to less HAP emissions. Why bother doing so if the regulatory burden wouldn’t be lightened a bit? Many at the EPA understood that, then and through the years. But every EPA administrator was reluctant to do away with the policy, because they knew that environmental groups would beat their breasts and scream “backsliding” at the top of their lungs.

Any relaxation of environmental rules, no matter how sensible, drives most environmental NGOs to howl. Trump’s EPA should be praised, not demonized, for making this common-sense change and many others like it.

The other tactic, pretending that the executive branch can, and in Trump’s case does, radically influence environmental regulation in the nation is both naïve and ignorant in the extreme.

The president might be sympathetic to coal miners, but we’re not permitting big new coal plants and we’re not stopping the planned retirements of existing coal plants. The president may not believe that wind and solar power are efficient, reliable ways to generate electricity, but the Production Tax Credits necessary to allow those technologies to operate at a profit remain in place.

As a free-market purist, I personally wish that the president had led the charge to make such changes, but the fact is that he hasn’t, and nobody expects that he will. And, as far as greenhouse gas emissions goes, though a more energetic economy has led to a slight uptick in that area during the Trump years, the United States remains the global leader in reducing those emissions.

If one truly wants to make a serious dent in greenhouse gas emissions in the 21st century, that conversation starts and ends with the People’s Republic of China. No other nation on Earth can make a noticeable difference moving forward.

The claim that Trump has done anything to cut back all of the environmental progress we have made over the past 50 years is patently ridiculous. The Clean Air Act, the Clean Water Act, the Resource Conservation and Recovery Act, and other environmental laws of the land remain in place. The rules and regulations that grew out of those acts remain in place. There has been no rollback in air quality standards or water quality standards. There has been no lessening of control requirements.

The focal point of environmental regulation remains with the states, counties, and municipalities who always have—by law—the ability to enforce more stringent standards than the federal government. The EPA oversees those agencies to ensure they meet minimum federal standards, but continues to have very little to do with day-to-day implementation of state programs.

Nothing has changed except for the nature of the propaganda emanating from environmental activists. And yet, given their history whenever a Republican occupies the White House, that’s not really a change either.