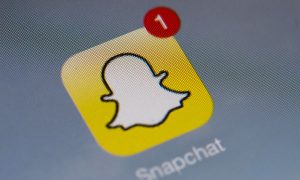 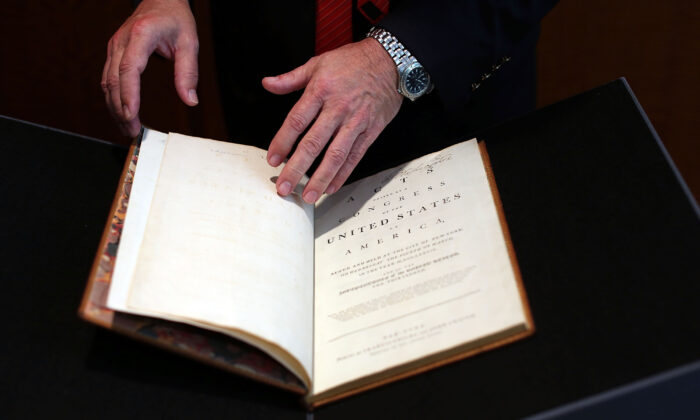 A copy of President George Washington's personal copy of the Constitution and Bill of Rights is viewed at Christie's auction house on June 15, 2012. (Spencer Platt/Getty Images)
Viewpoints

No, the First Amendment Is Not ‘Bonkers’

Prince Harry, who recently moved to the United States, made headlines this week when he exhibited a surprising level of ignorance about the very foundation of free society and a free world.

“I don’t want to start going down the First Amendment route because that’s a huge subject and one I don’t understand because I’ve only been here a short time,” he said. “But you can find a loophole in anything. You can capitalize or exploit what’s not said rather than uphold what is said.”

While I’m not sure what exactly that last comment means, I certainly am sure of one thing: As someone of his position and stature, presumably with access to the greatest tutors and education the world has to offer, Prince Harry’s misunderstanding of such a fundamental right is shocking. It’s also emblematic of a larger cultural trend.

Such ignorance is broadening in the younger generations. A 2015 Pew Research study, for example, found that 40 percent of millennials would support the government limiting speech deemed offensive to minorities. This is compared with just 27 percent of Generation X, 24 percent of baby boomers, and 12 percent of the silent generation.

The rule is as such: The more remote that days without the guaranteed right to free speech become, the more upcoming generations forget how profound said right truly is. Freedom of speech is a gift from our Founding Fathers that’s so baked into our societal fabric that many of us, and especially the youngest among us, may not even realize it’s there in the first place.

This trend isn’t without consequences. Cultural ignorance renders us susceptible to willfully stifling free speech. The push to curtail ill-defined terms such as hate speech is becoming more widespread as the societal support for censorship grows—from language policing to cancel culture. We are knowingly, and even enthusiastically, opening a Pandora’s box of unfreedom.

In doing so, we’re turning our backs on the core tenets of a free society and failing our forefathers by taking the right to freedom of speech—a right that they fought and died for—for granted. We are, in turn, abandoning authentic liberalism and our national faith that truth and justice will prevail.

History has demonstrated that free speech and free societies have the potential to breed peace, prosperity, and liberty. It has also shown us, in many iterations throughout the ages, that societies that dabble in censorship flirt with oblivion.

As my contemporaries in the younger generations take the mantle of power in the ensuing years, I shudder to think what will become of us. As soon as we dismantle free speech, we dismantle free society. So, no, Prince Harry, the First Amendment most certainly isn’t bonkers.