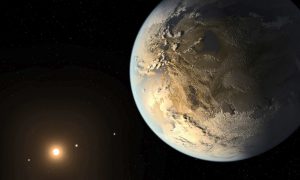 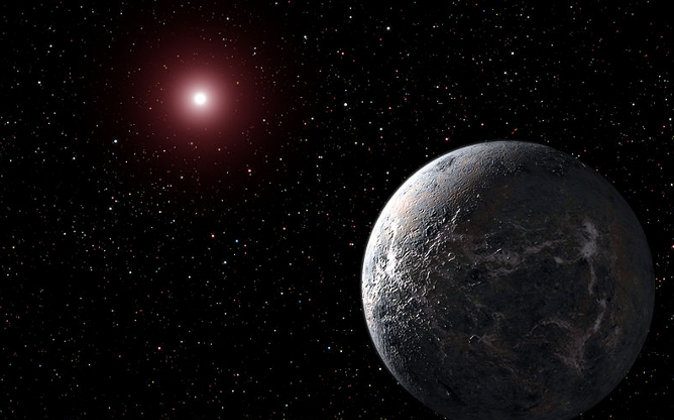 Building a space colony is not easy. (NASA, CC BY)
Science

No, That New Exoplanet Is Not the Best Candidate to Support Life

In June, the popular press went wild. A planet had been discovered that was so much like Earth it was heralded as our best bet for supporting life. Positioned 16 light years away, Gliese (or GJ) 832c was a mere hop from home and there were rumours a popular coffee shop chain had already applied for planning permission.

And this was all utterly wrong.

The journal article, published by a team led by Robert Wittenmyer from the University of New South Wales in Australia, described a world boiling under its own stifling cloud cover. With an orbit that only skirted the region capable of maintaining water, and a mass sufficient to attract a thick atmosphere, the planet was designated a likely “super Venus” and unsuitable for life. Worse still, it was so close to its star that it risked being in a tidal lock, with one side doused in the heat of a perpetual day while its reverse remained shrouded in night.

GJ 832c is a planet to inspire thoughts of Dante’s Inferno and the facts were clearly laid out in the freely available journal article. How then did the press get it so completely wrong?

Falling for a Number

The answer lies in the use of a quantity denoted as the “Earth Similarity Index” or ESI. It is designed to indicate how “Earth-like” a planet might be. The problem is that the resulting number is a weak comparison between the two objects. It cannot be equated to how suitable the planet may be for supporting life.

Accessing the habitability of a world outside our solar system is no easy task. The information planetary scientists have about a planet is limited. They are typically working with only the mass (and sometimes radius) of the planet and the type of star it is orbiting. It is this data that ESI uses, and that is why it is fallacious.

The distance at which the planet is orbiting a particular star can be used to define the “Habitable Zone”. Coined in 1959 by scientist Su-Shu Huang working at the University of California at Berkeley, the Habitable Zone around a star is the location where water could exist on the surface of a planet, if that planet had a sufficient atmospheric pressure.

The caveats here are important: the Habitable Zone does not say there is water present, or that a planet exists that might be able to support life. It only marks out a region where the amount of stellar radiation would not boil nor freeze water.

In short, very few planets found in the Habitable Zone of their star will be suitable for life, but if another Earth-like planet existed, it would be there. This makes the region a prime search area for future missions targeted towards habitability.

In the case of GJ 832c, the planet orbits just inside the inner edge of its Habitable Zone, providing the location of its edge is extended to its most generous estimate. The generosity requires scientists to include the possibility of water that is only supported during the early evolution of the planet, as is thought to have been true for Mars and Venus.

However, it is not its proximity to the edge of the Habitable Zone that kills the deal for GJ 832c. With a measured mass at least five times that of the Earth, GJ 832c is capable of attracting a thick atmosphere. Even if the gas constitution was similar to that on Earth, this would result in a high quantity of greenhouse gases that trap heat reflected from the planet’s surface, evaporating all the water, if any existed there.

If that is not unpleasant enough, the higher planet mass could result in hydrogen and helium being retained in the planet’s atmosphere – which otherwise escape Earth’s weak gravity – producing a terrible atmospheric mess from the perspective of humans someday living there.

Finally, GJ 832c is very close to its star, with an orbit of only 35.8 days. Since the star is small and relatively cool, the planet is saved from the cooked fate of Mercury, but the gravitational pull is likely to be sufficient to cause a tidal lock, much like our moon is locked with one side permanently facing the Earth. This causes further problems for life to exist.

A Number to Rule Them All

The calculation of the ESI is based on four parameters: mean radius, bulk density, escape velocity and surface temperature. They are manipulated in way that on multiplication the value is between 0.0 and 1.0. Any value above 0.8 is considered a near-Earth match. GJ 832c has an ESI of 0.81.

The ESI value holds no water (pun intended). For instance Venus with its estimated temperature would give it an incredible 0.9 match with the Earth.

“All conversations regarding habitability are worthless if we ignore the limited data present within our own solar system,” Stephen Kane, a planetary scientist from San Francisco State University said. “If we start defining Venusian planets as being habitable then we are no longer doing science.”

While the mass, radius and temperature certainly have a bearing on the planet’s environment, they are overwhelmed by other factors that contribute to the support of life. For example, water is thought to have been delivered to the Earth by ice-rich meteorites scattered inwards by the outer planets during its formation. A different system of planets could bypass this process, allowing Earth’s twin to form but be uninhabitable to all known forms of life.

Similarly, the Earth’s magnetic field protects it from harmful solar radiation, its distance from the sun allows it to rotate hundreds of times per orbit to ensure an even distribution of heat and the sun itself is a quiet star without violent radiation outbursts that could overwhelm the Earth’s defences. These are a small fraction of the processes that will determine a planet’s suitability for life and none of them are included in the ESI.

The upshot of this is that a planet with an ESI of 0.1 is just as likely to support life as one with ESI 0.99. The ESI is neither used nor referred to in scientific publications, but its tantalising one-number answer has caused it to propagate rapidly through the majority of science news sites. The result is articles that are, at best, misleading but, most of the time, just wrong.

Perhaps though, the most disappointing fact about the ESI is that it detracts from the real excitement of GJ 832c. With its high mass and thick atmosphere, the planet has been declared a “super Venus”, for which the only other example (Kepler 69c) was discovered last year. “Understanding how common they (Venus-like planets) are will help us to decode why the atmosphere of Venus so radically diverged from its sister planet, Earth,” Kane explained.

Elizabeth Tasker does not work for, consult to, own shares in or receive funding from any company or organisation that would benefit from this article, and has no relevant affiliations. This article was originally published on The Conversation. Read the original article.