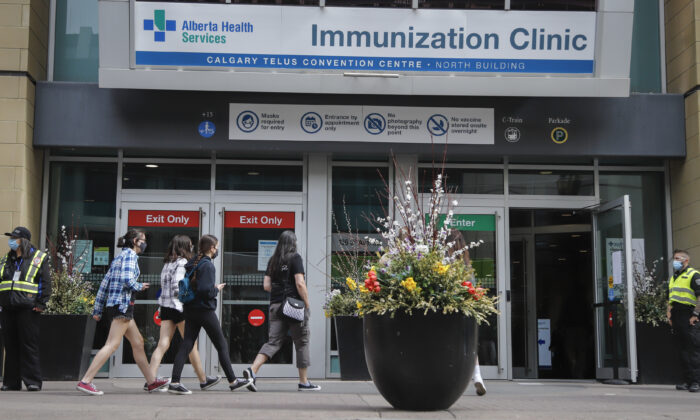 A labour board in Alberta has ruled two unions acted in good faith after some members whom they represent, but who did not take the COVID-19 shots, filed complaints alleging that the unions did not represent them fairly.

“Nothing in the material before the Board indicates the Union[s] acted arbitrarily, with serious negligence, or in bad faith, nor does it indicate the Union[s] discriminated against the Complainant[s],” wrote William Armstrong, vice-chair of the Alberta Labour Relations Board, whose rulings were released on Jan. 11.

The complainants were Matthew McCarthy, Jason Guilbault, Greg Spry, and Sheila Smart—all who ultimately lost their employment due to a mandatory COVID-19 vaccination policy introduced by their former employer ATCO Inc, a Calgary-based energy holding company, in the fall of 2021, as first reported by Blacklock’s Reporter.

McCarthy, Guilbault, and Spry were represented by the Natural Gas Employee Association (NGEA) while Smart was by the Canadian Energy Workers Association (CEWA).

The four alleged that their unions were in breach of the duty of fair representation under section 153(1) of the Labour Relations Code.

The board found that the circumstances, including their allegations, were similar to an earlier case last August whereby another ATCO employee, Steve Lewyk, also represented by NGEA, was dismissed due to non-compliance with the vaccine policy. The board based its decision using Lewyk’s case.

ATCO introduced its COVID-19 Workplace Vaccination Policy on Oct. 28, 2021, which required employees to receive two doses of vaccine by Dec. 31 of that year. Failure to comply would result in being placed on unpaid leave. The policy included the possibility of medical and religious exemptions but did not permit a testing option, Armstrong noted.

Among the allegations put forward by Lewyk included the failure of his union to file a religious exemption from ATCO’s vaccine mandate policy on his behalf, and the failure to file a grievance alleging an improper denial of the exemption.

Lewyk also alleged that the arbitration process was “rushed and not in the best interests of the members.” He stressed that NGEA focused on arbitration decisions that found vaccine policies reasonable, and “either was unaware of or ignored decisions in which the arbitrator found a policy unreasonable.”

He added that NGEA should not have recommended employees to sign ATCO’s release in order to receive severance pay.

Armstrong ruled that the unions had done their part representing the four, again using Lewyk’s case as foundation.

“Both NGEA and another union representing some ATCO subsidiary employees, the [CEWA], filed policy grievances,” the vice-chair said. “CEWA sought an injunction from the arbitrator to prevent the policy from going into effect but was not successful.”

“The arbitration morphed into a mediation and the mediator made recommendations for settlement which were ultimately accepted by both Unions and ATCO,” he added.

On Jan 1, 2022, a total of 59 HGEA members were put on unpaid leave. The union had 1,198 members at the time. On May 2, 2022, in accordance with the mediator’s recommendation, 21 were terminated “without cause” by ATCO. They were paid termination pay under the Employment Standard Code, and remained eligible for severance if they signed their employer’s form of release.

The board noted that NGEA was under pressure from 95 percent of its members who took the shots.

“The vast majority of NGEA bargaining unit members had complied with the ATCO vaccine mandate,” the board said in its ruling on Aug 25, 2022.

“Some of these members were vocal in opposing NGEA efforts to challenge the ATCO vaccine mandate and seek a testing option via the grievance. The members accused NGEA of not respecting their right to a safe workplace.”

“NGEA was entitled to weigh the benefits of accepting the Arbitrator’s recommendations against the minimal chance of success,” the board added.

Armstrong said there should be a “finality” to the complaints filed.

“The Board does not have infinite resources to address the many matters coming before it,” he said. “It would be inefficient to repeatedly canvas the same facts.”

Smart disagreed. In her further submissions to the board, she said comparing her case to Lewyk’s complaint wasn’t fair.

“Steve Lewyk may sound like [a] similar complaint which I would say we share the same concerns. I would like to be fairly represented as an individual, and as a union member,” she said.