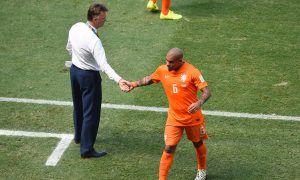 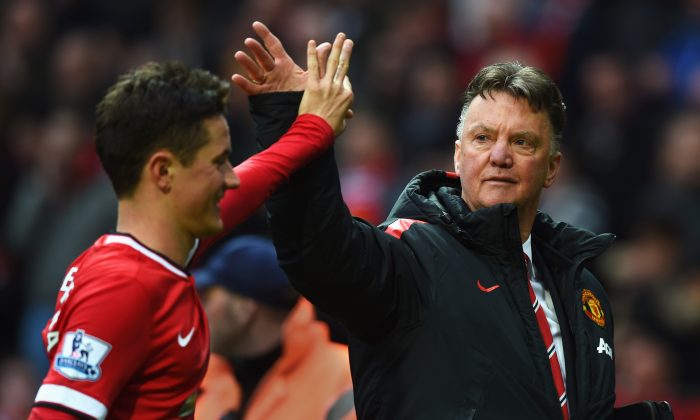 No ‘Poznan’ in Old Trafford This Year

Manchester City were unable to secure a fifth consecutive league victory over their local rivals United this past Sunday in the Manchester derby, and instead were comprehensively beaten, casting doubt over the futures of certain City players, their coach, and the club’s prospects for Champions League football.

Twenty-two broadcasters were present in Old Trafford on Sunday, to witness the 169th Manchester derby, and an estimated 650 million viewers world-wide weren’t deprived of the exhilaration local derbies promise, but often fail, to deliver. They were, however, deprived of City fans’ signature “Poznan” celebration.

In the years prior to World War II, many Mancunians were happy to watch City or United on alternate weeks. In contrast to the prevailing attitudes of support when four former City players helped United win their first title in 1908, local inhabitants of the North-East town have become increasingly partisan since. The huge money at stake for European competition qualification positions has added to the tension of recent derbies, particularly since United’s 20-year spell of Premiership dominance has been threatened by the rise of their Abu Dhabi bankrolled “noisy neighbours.”

The visiting team began the game at a blistering pace, and it wasn’t long before Sergio Aguero had the ball in the United net after a sustained spell of City pressure. United initially struggled to cope with the speed of City’s movement, but knowing there was 82 minutes still to play, they kept their composure as City continued to press, narrowly avoiding conceding a second goal in quick succession. However, once the midfield of Michael Carrick, Juan Mata, and Ander Herrera started to play the ball into the spaces either behind or in front of City’s defensive lines, those tantalizingly out-of-reach passes began to instil doubt in the City psyche.

United began to impose their will upon their opponents, and stunned them by restoring parity at the 14-minute mark. A devastating move, started by goalkeeper David DeGea, was ended by Ashley Young, who turned Herrera’s fizzing cross around the post, leaving a City keeper Joe Hart floundering.

Marouane Fellaini, who was involved in the build-up to the first goal, notched a headed goal in the 27th minute, by meeting  a pinpoint cross to the back post from Young. The flamboyance of Young’s backheel through Pablo Zabaleta’s legs in the City penalty box, was an indication of how little the United players feared their mega-million value opponents. Fellaini and Young had been written off as failures under previous managers, but are integral to the system Louis Van Gaal is using to propel United back towards the top of the league.

It was in this fixture that George Best broke Glyn Pardoe’s leg in 1970, and Roy Keane ended Alf-Inge Haaland’s career with a knee-high challenge 31 years later. Now that player-protection has increased, violence has become rarer, and the only instance in this game was Vincent Kompany’s studs-up challenge on Daley Blind, an indicator of the desperation the Blues felt, after chasing shadows for 30 minutes of the first half. Having been sent off for a similar tackle on Nani in 2012, the City captain could not have complained had he been dismissed. Though he only received a yellow card, he was forced to withdraw anyway, due to an injury he sustained during the challenge.

Mata continued his scoring form in the second half, after Rooney used his advanced position to perfection, pivoting to draw the City defenders towards him, and playing Mata through for a one-on-one with Hart. Chris Smalling added a fourth in the 73rd minute, to bring his goal tally to four for the season.

United had 170 more passes than City over the course of the game, despite playing out the closing stages of the game without Michael Carrick, who walked off injured. He dictated the game while on the pitch, however, completing 57 passes from midfield, the most of any player on the pitch.

City scored another through Aguero in the 89th minute, but took no consolation from it, a worrying sign for City fans and management. They allowed the clock to run out without further pressuring United’s nine remaining outfield players, and suffered their first back-to-back defeat since 2010. Their five defeats so far in 2015 is more than they suffered in the entirety of 2014, and it is the first time in almost six years they’ve conceded four goals in a league game.

United fans who endured the agony of seeing City triumph 6-1 in Old Trafford in 2011, and, worse still, witnessed them take the league title that season with a last-second goal, will feel the this result goes some way to redress the balance.