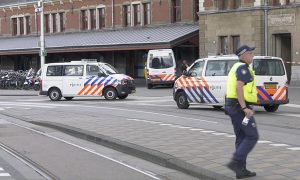 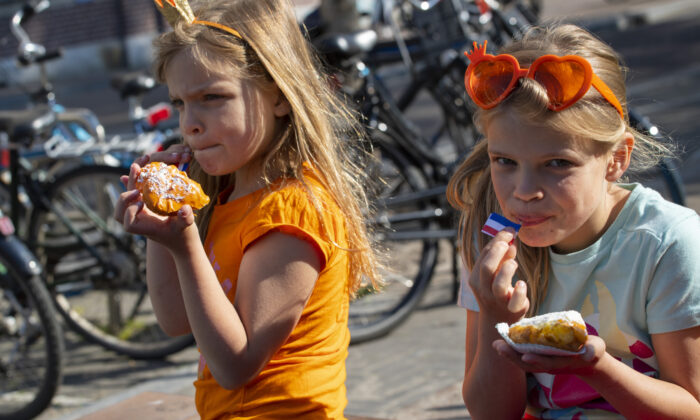 THE HAGUE, Netherlands—There was no orange crush on April 27 as CCP virus restrictions reined in festivities marking the Dutch king’s birthday.

Canals and streets in Amsterdam, normally choked with boats and revelers wearing wigs, hats, fake feather boas and anything else they can find in the national color, orange, instead were eerily quiet as people largely stuck to government requests to stay at home.

Those who did venture out observed social distancing guidelines even as people handed out free tulips.

King Willem-Alexander celebrated his 53rd birthday with his family at home in their palace in a forest on the edge of The Hague after a mass celebration in the southern city of Maastricht was canceled due to the restrictions.

Nevertheless, loyal followers, some wearing orange T-shirts and hats, cycled to the gates of the palace in the morning to peer through the railings.

In a nationally televised speech to the nation, the king paid tribute to health care workers and others battling the virus and hoped for better times ahead.

Flanked by his wife, Maxima, and their three daughters, Willem-Alexander said the annual holiday would be unique, “especially unique because I hope it will be absolutely the last King’s Day at Home in history.”

Prime Minister Mark Rutte sent his congratulations to the king in a tweet, adding, “He is celebrating King’s Day at home like the rest of the Netherlands. The best present we can give him is to follow that example.”

Many people did just that, which was painful for bar owners in Amsterdam.

Mark Bollen hung the Dutch tricolor outside his bar Caffe De Eland, but he had little reason to celebrate, as what is normally his busiest day of the year was shut down. All Dutch bars and restaurants have been closed for weeks as part of CCP virus restrictions.

“I am going to drink two beers and that’s it,” he said.

“So 20,000 beers or two beers, it is a difference,” he added, thinking back wistfully to his usual King’s Day sales.

The only places that were clearly busy were bakeries, where long, well-spaced queues formed early of shoppers, observing social distancing guidelines, waiting to snap up traditional King’s Day pastries decorated with orange frosting.

Hans and Jopie Visser, sitting at their open window overlooking an Amsterdam canal, sang the national anthem along with their daughter, son-in-law, and grandchildren who joined in via a mobile phone connection from their home in the northern province of Friesland.

The Vissers said the canal is usually full on King’s Day. This year, the municipality banned boats.

“Everybody had music and fun, but now we have nothing,” Hans said.

One man who normally takes his ornately decorated boat, “Nutshell,” complete with its custom-made mini church organ, onto the canals on King’s Day is musician Reinier Sijpkens. Instead, he took it to a pond in the gardens of a home for the elderly in Heemstade, west of the capital.

“I like this very much because when I am in the canals of Amsterdam it is beautiful as well, but here is more combining King’s Day with people who are needing it the most, elderly people who are isolated,” he said.

Resident Hans Vrant appreciated the concert as a way of breaking through the isolation caused by CCP virus restrictions.

“I find this a lovely solution,” he said. “We had wonderful music here. It was a very surprising and lively performance.”