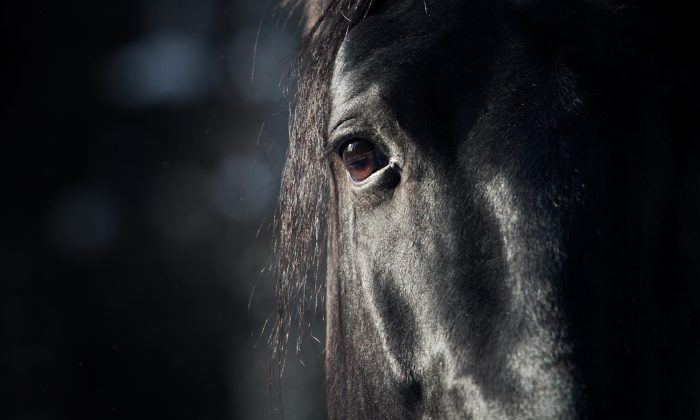 No One Had Any Idea Mare Was Pregnant With Twins, but Both Survived Against the Odds

The moment a horse gave birth to miracle twins was captured on video.

According to Littlethings.com, the horse, Daisy, was about a week past her due date when Saratoga Stud employees Jenni and Guy noticed an anomaly.

“We were up at the stables foaling down another mare in a next-door stable and I could hear lots of action in the twins stable so went to see what was up and got this lovely video of Don Quixote having a great run around, little Duet just needing to keep out of his way!!” caretaker Jenni B wrote on YouTube.

During their night watch at the South African stable, they helped Daisy give birth to a colt, named Don Quixote.

The article noted that Jenni’s dogs started to bark, and when she and her co-worker inspected the horse’s afterbirth, they made a discovery that went viral.

Jenni said she felt a pair of feet in the afterbirth area. That’s when Daisy went into labor—again.

In a race against time, Jenni and Guy knew they had to act quickly to save the second foal as she was breached.

According to the account, Daisy got distracted by Don Quixote and didn’t push the foal during a critical period in her labor.

That’s when Duet was born in what was described as miraculous delivery.

“They now spend every day out all day and stay side by side only going to mom for a drink but spending most of their days grazing together and meeting the new foals as much as the new mom would allow,” Jenni told the website.

“They are both very happy little souls who have brought us such joy over the last few months, both very tame and enjoy human company and will be part of Saratoga forever. We consider them our miracle after a tough couple of years and they will never be for sale,” she said.

On YouTube, a user noted there was a 2-year update on the two.

“They are now two strapping 2 year olds of normal size. I will get some video of Duet in the next week or so, they have to be separated because Quixote is a colt. Duet is big and beautiful – we are going to keep her as a brood mare, Quixote has been sold to a super home and is going to be a top-quality riding horse,” a person wrote.

A video shows baby draft horses, or foals, with their mother just days after birth.

According to Robert Piessens, the uploader, the type is a Belgian draft horse, and she gave birth to twins.

The family of horses is seen bonding less than a week after the delivery.

Next, a small girl is seen approaching the foals in clear view of the mother before petting it.

Some users were impressed by the scene.

“That was a smart girl to go up and be noticed by the mother first. I would have ran right up to the foals and startled the mother,” one person wrote.

Added another, “I love it when people put foals on meadows immediately, makes them so much more relaxed in the future.”

A third said, “When I was a little girl my grandparents had a horse farm. in summer vacations I was at their place. And my grandfather would wake me up at dawn and we would feed them brush them and take care of them. I miss those days so much!. I will always keep a special place in my heart for these beautiful creatures! god bless all animals!”

And one woman explained that it is rare for the twin foals to be both healthy and at a normal weight.

She said, “It is extremely rare that both foals are healthy and at a normal weight. Normally one does and the other survives or dies. But this is an awesome raredy.