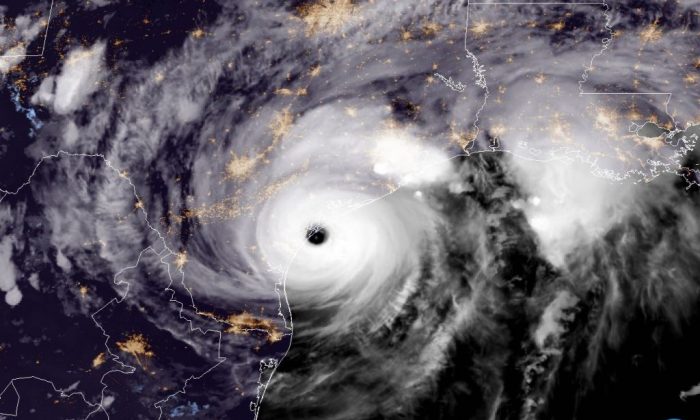 No ‘Named’ Atlantic Hurricanes for Most of July and August, First Time Since 1941: Forecaster

There were zero named tropical storms or hurricanes between July 3 and Aug. 30, which is the first time such a phenomenon has occurred in more than 80 years, forecasters noted this week.

“It has been surprisingly and freakishly quiet in the Atlantic,” University of Miami hurricane researcher Brian McNoldy told The Associated Press this week, pointing out that weak Tropical Storm Colin fizzled out on July 2 and there’s been nothing since.

A review of the National Hurricane Center’s (NHC) forecast maps shows there is one tropical depression in the northern Atlantic Ocean that appears to be heading north further into the ocean. There are no other depressions, although there is one disturbance that has a 60 percent chance of forming into a named storm in the next 48 hours.

“For the first time since 1941, the Atlantic has had no named storm (e.g., tropical storm or hurricane) activity from July 3rd-August 30th,” wrote Colorado State University hurricane researcher Phil Klotzbach on Twitter.

It’ll be the first time since 1941 that the Atlantic has gone from July 3 to the end of August with no named storm, Klotzbach told AP. Since 1950, only 1997 and 1961 had no named storms in August and 1961 then went hyperactive in September, including deadly Carla, he said.

Historically, large and powerful storms tend to hit the United States from late August to mid-September.

For example, Hurricane Harvey—a powerful Category 4 storm—slammed the Houston, Texas, area in late August 2017. And Hurricane Katrina, the most devastating storm to hit the United States in the 21st century, made its first landfall on Aug. 29, 2005, over southeastern Louisiana and Mississippi before it dissipated on Aug. 31 of that same year.

But 2022 appears to be different. For the first time in about 25 years, there was no named Atlantic storm—tropical storm or hurricane—for the month of August.

“It is important to remember the lessons of Hurricane Andrew, which devastated South Florida and Louisiana in an otherwise quiet year,” the NHC’s acting head, Jamie Rhome, said in an email, referring to the Category 5 storm that hit Florida in mid-August 1992, as reported by AP. “It only takes one landfalling hurricane to make it a bad season for you, and we still have many months to go in the hurricane season.”

Matthew Rosencrans, the National Oceanic and Atmospheric Administration’s lead hurricane outlook forecaster, told AP he sees signs that the dry air is ending and normal moisture will be returning, which could mean more storms. Rosencrans also says crosswinds at other heights, especially in the Caribbean and Gulf of Mexico also were a factor in dampening storm activity until now.

These factors are related to the El Niño–Southern Oscillation (El Niño/La Niña), the state of the tropical Atlantic, and the state of the West African Monsoon, he told The Epoch Times in an email, which are important factors in predicting hurricane formation.

Climatologist Judith Curry, professor emerita at Georgia Tech, told The Epoch Times in an email that the “slow start” to the Atlantic hurricane season coincided with “unusual” atmospheric circulation patterns in the Northern Hemisphere this year.

“These are resulting in higher than usual Arctic sea ice extent, a warm band in the midlatitudes that is producing unusual marine heat waves in both the Atlantic and Pacific, and relative cool in the sub tropics,” she said. “The same circulation patterns have inhibited the development of easterly waves emanating from Africa that typically produce most of the Atlantic hurricanes.”

As for Klotzbach, he wrote Wednesday that the relatively quiet Atlantic hurricane season “is likely to end soon.”

The Associated Press and Melanie Sun contributed to this report.

This article has been updated to include more comments from forecasters.