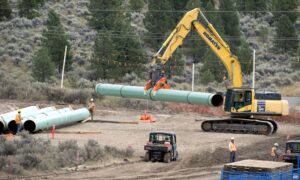 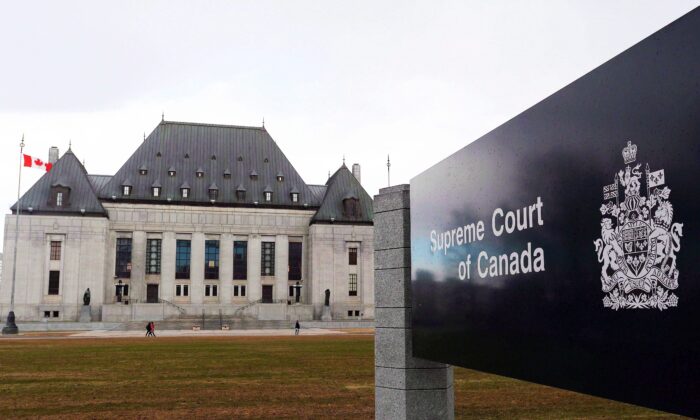 The Supreme Court of Canada in a file photo. Alberta recently lost its constitutional challenge of federal carbon pricing in the top court, but is still in the fight against Bill C-69. (The Canadian Press/Sean Kilpatrick)
Canada

Having recently lost its constitutional challenge against federal carbon pricing in Canada’s top court, Alberta is still in the fight against Bill C-69, the Impact Assessment Act.

Multibillion-dollar investments in resource and pipeline development are not all that is at stake. Provincial-federal relations and Western alienation are collateral issues in what promises to be an extended battle.

Passed on June 21, 2019, Bill C-69 lengthened the review process for proposed energy projects by adding a new phase of consultation at the front end. The legislation allowed a wider range of interests to appeal proposed projects and called for “Indigenous knowledge” and the “intersection of sex and gender with other identity factors” in approvals. C-69 also gave cabinet the final say.

Jason Kenney dubbed C-69 the “No More Pipelines Bill” before he became premier in April 2019, and promised a legal fight two months before the legislation passed. He called the bill “a federal sucker punch,” “a full frontal attack,” and a “disaster for Alberta’s economy.” C-69 passed the same day as C-48, which bans oil tankers off the northern B.C. coast. Alberta launched legal challenges against both.

In February, the Alberta government argued its case before the Alberta Court of Appeals with the support of Saskatchewan, Ontario, and some First Nations.

Kenney said at the time that Bill C-69 violates section 92A of the Constitution “because it gives the federal government the power to step in and regulate right over top of us with respect to resource production.

“For decades, jurisdiction over environmental policy has been shared between both levels of government. Projects with just local impact fall under provincial jurisdiction,” he said in an interview.

“But when an activity in one province has a negative environmental impact on neighbouring provinces—such as water or air pollution—federal policy normally prevails. Last month’s Supreme Court ruling on the carbon tax now extends this jurisdiction to CO2 emissions and climate change.”

By June 2019, all provinces except B.C. opposed Bill C-69. Morton believes Kenney must rally his fellow premiers regardless of the legal outcome.

“Losing in the courts does not automatically translate into losing the policy battle. As [former Alberta premier] Peter Lougheed demonstrated in the 1980s, it is possible to convert judicial defeats into policy victories,” Morton said.

“There is no need for an economically destructive, one-size-fits-all policy imposed by a far-away central government. There is plenty of constitutional room for consensual, complementary dovetailing federal-provincial legislation to address Canada’s climate change challenges.”

“It’s a terrible piece of legislation, to be sure, but that doesn’t make it unconstitutional,” Pardy told The Epoch Times.

“The feds do have some environmental jurisdiction even over projects wholly inside a province. For example, the feds have power over ‘inland fisheries,’ and the federal Fisheries Act is constitutional. The Impact Assessment Act is drafted to … ‘protect the components of the environment, and the health, social, and economic conditions that are within the legislative authority of Parliament,’” he explained.

“Unless Alberta can show that some aspect of the act is, in ‘pith and substance,’ actually provincial, then the constitutional challenge will fail.”

In February 2020, Vancouver-based Teck Resources Ltd. cancelled a $20.6 billion oilsands project in northern Alberta, citing concern over the ongoing debate around the issue of resource development versus climate change in Canada. Kenney suggested that C-69 was a factor in Tech Resources walking away from the project. Pardy said if any project was ended by a formal ruling under the framework created by the bill, a constitutional challenge might reverse it.

“It is possible for the act to be constitutional, but a particular review to reach outside the boundaries of the act to encroach upon provincial jurisdiction—in which case it would be that particular assessment, rather than the act itself—that would be without authority,” he explained.

Investment in Canada’s oil sector dropped from a record $81 billion in 2014 to almost $20 billion in 2016, according to Richard Masson, an executive fellow of the University of Calgary’s School of Public Policy, noting that Bill C-69 made matters worse.

“Most people that I’ve talked to view it as creating extra risk, as opposed to trying to streamline the process. And given how much risk, certainly focused opposition, there already was, who’s going to want to build a big project again?” Masson said in an interview.

“If you think about Gateway and Energy East [being cancelled and] Trans Mountain having to be taken over by the federal government to see it be constructed, and then Keystone cancelled by the U.S., I just can’t imagine another company wanting to propose some big pipeline.”

Masson is chief commercial officer at Fractal Systems Inc., a Calgary-based company that has developed a technology for lowering the viscosity of bitumen from the oilsands, thereby reducing the transportation cost through pipelines. He said the bill and the legal challenge create uncertainty for developers.

“It matters a lot to the country that we get this right and we have certainty so developers know what the rules are before they start down the process,” he said.

“Perhaps some of the provisions of the new bill or the new law could be modified or thrown out by the Court of Appeal. And probably then the feds will take it to the Supreme Court is my guess. So it’s a long battle probably before it’s finally resolved.”

With two judges from Ontario and three from Quebec, Central Canada has a majority at the Supreme Court of Canada. Morton believes this hurts Alberta.

“Like the carbon tax case, the C-69 challenge is less about the law and more about regional differences—and the strong Central Canadian, anti-western bias of every institution in Ottawa, including the Supreme Court,” he said.

“If Ontario or Quebec had as much oil and gas as Alberta and Saskatchewan, there would be no carbon tax and no Bill C-69. And if there were, the Supreme Court would strike them down.”

“The carbon tax decision of the Supreme Court was very ill-advised, not just on legal grounds but especially on political grounds—at least, if they want to keep the country intact. If you don’t, I think it was a terrific decision because it shows that you can’t trust the Supreme Court any more than you can trust Parliament to safeguard the Constitution,” Cooper said in an interview.

The Alberta Court of Appeal ruled in favour of Alberta 4–1 on the carbon pricing decision but was overruled 6–3 at the Supreme Court. Cooper expects Alberta will ultimately fail again, despite its hopes.

“The Supreme Court … can just say, under peace, order, and good government—or any other thing that they want to make up—that the federal government has predominance.”