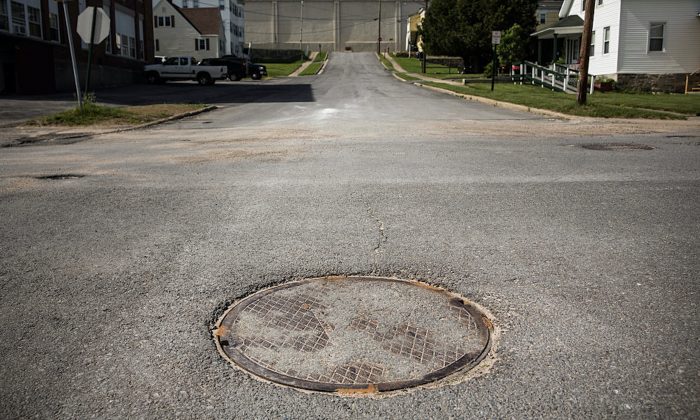 A city in California has voted to remove gender-specific terms in its municipal code, replacing them with gender-neutral words.

The Berkeley City Council on July 16 voted to adopt the ordinance which would see more than two dozen terms updated in Berkley’s code.

The move, which aims to “promote equality,” will see “manholes” replaced with “maintenance holes,” “artificial” being used in place of “manmade,” and “they” and “them” used instead of “he” and “she.”

“Brother” and “sister” will no longer be seen in the city’s code. Instead, “sibling” will be used. Students will join a “collegiate Greek system residence” instead of a “sorority” or “fraternity,” according to a City of Berkeley document (pdf) that contains a complete list of terms to be replaced.

There’s to be no more firemen or firewomen, policemen or policewomen, repairmen or salesmen, or sportsmen. Instead, the code will refer to firefighters, police officers, repairs, salespeople, and hunters.

Tonight, Berkeley City Council adopted first reading of an ordinance responding to my proposal revising the municipal code to include gender neutral pronouns. There is power in language. This is a small move, but it matters. #berkmtg https://t.co/njo58NYgNw

The bill passed unanimously and was originally sponsored by four City Council members, including 23-year-old Rigel Robinson, who recently graduated from the University of California at Berkeley.

“Tonight, Berkeley City Council adopted first reading of an ordinance responding to my proposal revising the municipal code to include gender-neutral pronouns,” Robinson tweeted on July 16.

He wrote, “There is power in language. This is a small move, but it matters.”

Berkeley is truly at the forefront of gender equality. pic.twitter.com/nJUD7gpTOT

The estimated cost of updating the city’s code will be “relatively minimal” at $600, according to a report by City Clerk Mark Numainville, local news site Berkeleyside reported.

Currently, the majority of Berkeley’s city code pronouns are masculine, the city manager’s office told the mayor and city council in a letter.

The new code will also see “people of different genders” replacing the phrase “male and female” while “people” will be used to describe “men and women.”

Berkeley, California, has adopted an ordinance to replace some terms with gender-neutral words in the city code.​ https://t.co/m37EHUKGwv

Meanwhile, “craftsmen” will no longer be acceptable, as the code will see the word “craftspeople” used instead.

Robinson told CNN that he believes the city’s current municipal code as “male-centric,” adding that it is “inaccurate and not reflective of our reality.”

“Women and non-binary individuals are just as entitled to accurate representation. Our laws are for everyone, and our municipal code should reflect that,” he told the outlet.

Berkeley will remove gendered terms from the city code and replace them with gender-neural ones.

There has been mixed responses to the bill on Twitter, with some praising the move as “a good start for inclusion” and others saying that it’s “political correctness gone amok.”

One Berkeley resident, Sara, told NBC she thought that the council “should put their time into figuring out homelessness.”

The bill is set to be reviewed again on July 23, and if approved, it is expected to go into effect late August, reported NBC news.

Fifteen days before the changes are made, each branch of the Berkeley Public Library will put up a list of the new pronouns that are being replaced under the new code, reported Berkeleyside.