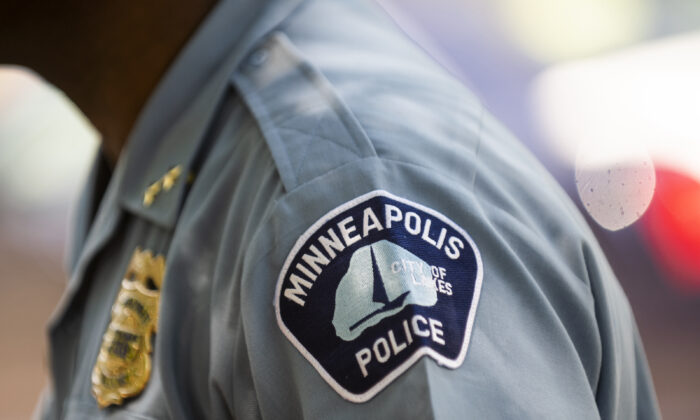 The Minneapolis Police Department (MPD) will be receiving millions of dollars as part of an increase in the department’s budget, as unveiled by the mayor on Dec. 10, essentially returning to levels before the region was the hotbed for the “defund the police” movement.

Mayor Jacob Frey and the city council approved a $1.6 billion budget with $191 million allocated to the police department just a month after radical activists called for abolishing the police altogether. Crime has surged since the death of George Floyd last year, after which the city invested in alternative initiatives that have mostly failed to yield results.

According to Frey’s spokeswoman, the new budget reflects a “sustained commitment to public safety,” Fox News reported. The city has lost about 300 officers during the past two years following budget cuts, and the mayor expects to recruit more people into the force while replenishing it to normal levels.

Though some city councilmembers weren’t too keen on restoring police funding, they weren’t very vocal against it, either, and there was little effort to oppose it.

“There wasn’t more of that type of action because there wasn’t the political will, really, to do so,” said Councilmember Phillipe Cunningham, according to the Star Tribune.

Cunningham was elected to public office in 2017 and lost his reelection bid this fall. He voted to dismantle the MPD and move funds toward violence prevention and other similar programs, while at the same time using public funds to hire private security.

Some community groups said that officials had stuck behind campaign promises and prioritized public safety through funding the police.

“This vote is a first step on a long road back from the division over public safety that has characterized the past 18 tumultuous months in Minneapolis,” Steve Cramer, president of the Downtown Council, told Star Tribune.

On the other side, activists bemoaned the budget increase for a department that they claim has a history of perpetuating racial inequality.

“I think many people in Minneapolis feel dismayed,” said Kenza Hadj-Moussa, a spokeswoman for the progressive organization TakeAction Minnesota. “What we’ve seen [is], year after year, no matter what’s happening with crime, the MPD always demands more resources.”

Several lawsuits had been filed by Minneapolis residents to retain the police department and block its size reductions. On Nov. 2, 80,506 voters in the city, or a 56.2 percent majority, rejected a proposal to replace the MPD with a department of public safety. In the vote, 62,813 people wanted to remove the police.

Based on data collected by NeighborhoodScout, when compared to similar communities, Minneapolis has one of the highest crime rates in the country. Other regions in Minnesota, over 98 percent, are considered safer than Minneapolis, where an individual’s chance of becoming a victim of either violent or property crime is 1 in 18.

The city also has one of the highest homicide rates in the United States. The chance of getting your vehicle stolen in Minneapolis is 1 in 145, which is again one of the highest in the country. Property crimes including arson, larceny, and burglary are at a peak rate of 48 per 1,000 people.