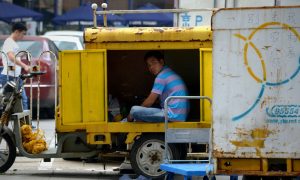 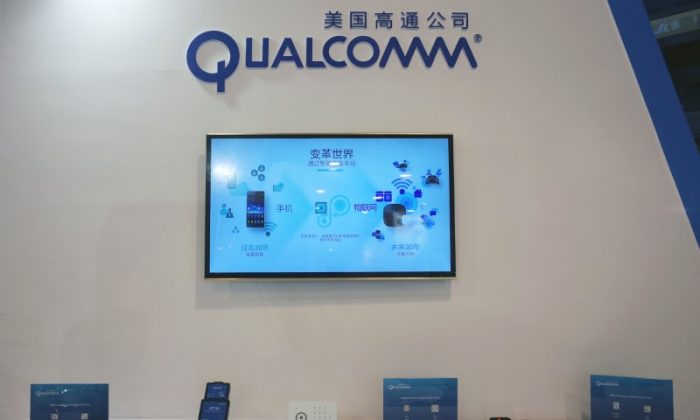 A booth of U.S. chipmaker Qualcomm at an expo in Beijing, China, on Sept. 27, 2017. (Reuters/Stringer).
Viewpoints

No More ‘Business as Usual’ With China

The US finally restricts China’s access to US technology

As both the world’s largest source of foreign direct investment (FDI) around the world and the largest beneficiary of FDI, should the United States be selective about which countries can invest in U.S. companies and infrastructure?

More to the point, should the federal government have the power to tell Silicon Valley high-tech startups and other potentially strategic technology firms which foreign investor dollars they may accept and which they may not?

The Trump administration thinks so.

Direct foreign investment into the United States has been a part of U.S. economic development since the founding of the country. But over the past few decades of the digital technology revolution, investment capital flows into Silicon Valley have been in the tens of billions of dollars per year. The money has flowed in from foreign sources such as Saudi Arabia and other oil-rich gulf states, as well as Europe, Japan, and of course, from China. As a result, Silicon Valley startups have been a huge source of advanced technology for the world.

Under normal circumstances, foreign investment is viewed as a very positive thing. In the case of Silicon Valley startups, it supplies the funding to develop new and potentially revolutionary technologies. In general, FDI leads to more economic development, more jobs, a higher tax base, and other benefits. This is particularly helpful for the United States, given that Americans’ savings rate is so low.

Of course, money doesn’t automatically mean success. As elsewhere, most startups in Silicon Valley end in failure. Those that do succeed, however, can end up changing the world.

The Downside to Foreign Investment

But, like all things in life, there’s a downside to FDI.

China’s aggressive investment in Silicon Valley startups has certainly paid off for them. They’ve gained some key advantages in emerging technologies they wouldn’t have otherwise had. There’s just one big difference between China and other foreign investors: China wants to challenge the United States’ global leadership and hollow out the U.S. economy in the process.

China’s own behavior has brought that reality into clear focus. The pursuit of its “Made in China 2025” initiative that’s designed to put Western technology firms out of business, combined with its state-controlled telecom manufacturing giant Huawei engaging in widespread spying and data theft, has led the Trump administration to conclude that business with China is no longer “just business.”

Consequently, rising tensions between the world’s two largest economies and global adversaries have put every move China makes in a starkly suspicious light.

Not surprisingly, during the past 18 months, there has been a sea change in how U.S. policymakers view the free flow of capital from Chinese investors into Silicon Valley startups and other strategic companies of all sizes.

Striking a Balance Between Openness and National Security

The simple fact is that doing business with China has become a national security issue.

That’s precisely the conclusion of the Committee on Foreign Investment in the United States (CFIUS). Founded in 1975, CFIUS is a cross-agency panel that has largely kept a low profile since its founding. In fact, only five deals have been blocked in its entire history.

But in 2018—a little late for some observers—U.S. intelligence agencies identified China as an “unprecedented threat” that “weaponized” investment in order to “vacuum up” technology. That’s why Congress passed the Foreign Investment Risk Review Modernization Act, which was signed into law by President Donald Trump. It expands the power of CFIUS to review and prohibit DFI and expands the definition of strategic interests.

As a result, getting approval for Chinese investment today is much more difficult than it was in 2017.

If, for example, a startup or existing firm is considered critical or owns potentially strategic technology, a CIFUS review of the foreign investor is required. The review can take months, without any guarantee the foreign investor will be approved. This has thrown ice water on Chinese investment activity.

But is prohibiting China’s investment into Silicon Valley, and other places in the country, the answer?

Considering that Silicon Valley’s most innovative startups cover the spectrum of emerging technologies, from artificial intelligence to robotics and advanced electric batteries and more, it just might be. These technologies will play a key role in both the United States’ and China’s economies in the future.

At the same time, there are costs to reducing Chinese investment in the United States: Silicon Valley startups would have less capital on hand, threatening their ability to develop these technologies.

And in the United States as a whole, Chinese FDI levels have plummeted by 90 percent this year. In 2016, they peaked at $46.5 billion. Under the Trump administration, however, Chinese FDI has fallen to $5.4 billion. The U.S. real estate market has also seen a significant drop-off in Chinese ownership, as foreign investors have begun selling more assets than they’re buying.

Of course, the need to strike a balance between allowing foreign investment into the country and national security isn’t new. Presidents George H.W. Bush and Barack Obama both blocked the sale of U.S. companies to China determined to be of strategic importance. But the largest denial by far has been by Trump, who blocked the $142 billion takeover of chipmaker Qualcomm by a Singaporean company in 2018.

An ‘Unprecedented Threat’ to the World

The United States isn’t the only nation tightening its FDI oversight in light of China’s unrelenting data and technology theft. Canada, the United Kingdom, those in the European Union, and others are also scrutinizing deals with China.

It makes little sense for the United States to allow investors from a country bent on the United States’ demise to have unfettered access to the world’s largest source of technological innovation and product leadership. As Mike Brown, former CEO of Symantec, stated, “I’m really not making a distinction there, because everyone within China is beholden to the Communist Party and their objectives.”

The United States and much of the world now knows what China is really up to and is taking action. It’s about time.