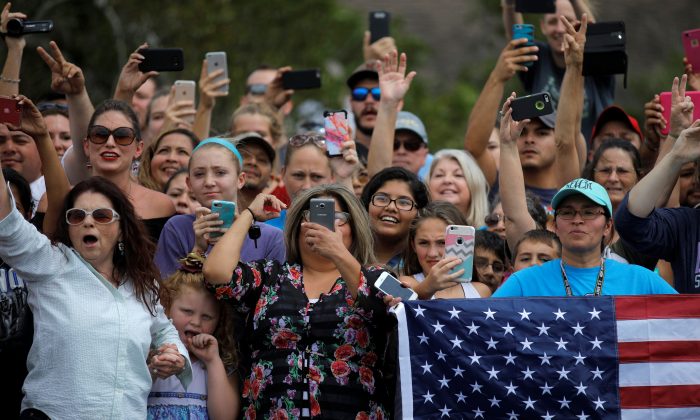 Opinion: No Love for Trump Voters

Hurricane Harvey pounded southeast Texas hard. The storm inundated the City of Houston with almost 52 inches of rain, killing at least 70 people and displacing more than a million. According to the weather forecast firm Accuweather, Harvey could be the most expensive natural disaster in U.S. history with a price tag of US$190 billion, more than Hurricane Katrina and Superstorm Sandy combined.

The Trump Administration, the State of Texas, and the Houston City government have won praise for their handling of the disaster. In comparison to Hurricane Katrina in which 1,500 people lost their lives, the Federal Emergency Management Agency (FEMA) appears to have allocated resources more effectively and coordinated with local authorities in a more seamless fashion, which likely helped lower the death toll.

However, the average Americans’ kindness, courage, and love for their fellow human beings probably saved more lives than the helping hands from the government. The first Sunday morning after Harvey made landfall, 911 emergency services in the City of Houston were overwhelmed. A volunteer brigade spontaneously mobilized on various social media platforms and apps, collectively amplifying the pleas from people who needed emergency aid.

In the meantime, volunteers used jet skis, paddle boards, kayaks, pontoons, and boats of all shapes and sizes to search for and rescue people and animals in Houston’s flooded streets. We probably will never know how many lives were saved by the volunteers. According to houstonharveyrescue.com, more than 7,800 people received help based on tips posted on the website. And this is only one of the volunteer-run websites during the devastating flood.

It is often said disasters bring people together. Yet there were people and organizations who defied this generalization. They were spewing hate against the victims of Harvey, apparently because Texas voted for Trump in 2016 presidential election.

Ken Storey was a visiting professor of sociology at the University of Tampa. In a twitter exchange on Aug. 27, he said Hurricane Harvey felt like “karma” for Texans. He added he was only “blaming those who support the GOP” in Texas.

When asked if voters in other states that Trump won deserved the same fate, Storey answered affirmatively, “those who voted for him here deserve it as well.” Storey was “relieved of his duties” by the university on Aug. 29.

Unfortunately, Ken Storey was not alone. An organization called Charitable Humans also wished Trump voters harm. Also on Aug. 29, the official twitter account of Charitable Humans tweeted: “I just can’t bring myself to even consider providing aid to any red state, let them clean up their own mess.”

In a series of follow-up tweets, the twitter account derided red states, GOP, and God, saying “it’s not wise to be generous to sociopaths that will never return it in kind.” After drawing media attention, the non-profit closed all its social media accounts and issued a half-defense-half-apology. Not a word was said about whether the responsible party behind those not-so-charitable tweets was disciplined.

Then there is Politico. The liberal political news site tweeted a cartoon on Aug. 30. In the cartoon, a stereotypical Texan wearing a cowboy hat, boots, and Confederate flag shirt is rescued from the roof of a mostly submerged house. He praised the rescuers as angels sent by God, only to be corrected, “actually Coast Guard, sent by the Government.”

The cartoon appeared when the flood water was still rising and people’s lives were at stake, and Politico’s first impulse appears to have been to denigrate the faith of Harvey’s victims, deify government intervention, and completely discount the life-saving efforts and self-reliance of private citizens. Facing an uproar on social media, Politico deleted the tweet without an explanation or apology. Imagine what would happen if Fox News posted a political carton ridiculing the victims of Sandy.

Last year following the Gatlinburg wildfires, there were also people from the left overflowing with schadenfreude. One tweeted the fires were “karma” for the “racist” Trump supporters. Some suggested the wildfires were God’s work, punishing those who voted for Trump. And some laughed at homes burning down.

Who are the Trump voters? They are our friends and family members. They are our neighbors. They are our coworkers. They are all of us. Our ideologies are not our identity. We should reject political tribalism, so that we can see the beautiful things in our lives beyond politics.

We should display basic human decency toward our fellow citizens: respect others; extend a helping hand when seeing others suffering, do unto others as you would have them do unto you. This should be our bottom line. Harvey is a horrendous cataclysm. I’m hoping some good comes out of it: that we rise above our divisions and come together as one people.