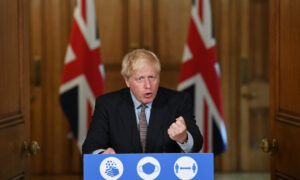 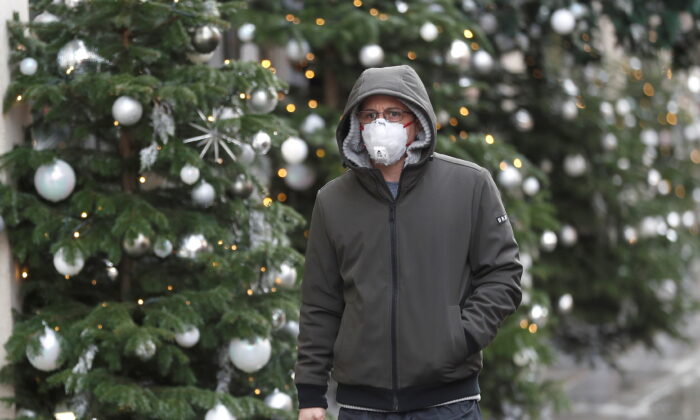 A man walks past Christmas decorations outside a store amid the CCP virus outbreak in London on Nov. 19, 2020. (Reuters/Peter Nicholls)
UK

London’s police officers won’t be intruding on family gatherings over Christmas, even if more than six people are sat down to dinner, the Metropolitan Police chief said on Friday.

In a reference to the rule of six, Police Commissioner Cressida Dick was asked on LBC radio if the police would “bang on the door” and count the “number of people eating the turkey”.

Though the police would be working “24/7” and “be there for Londoners,” she had no intention, she said, of encouraging officers to be “barging through” or knocking on people’s doors.

That is, unless, there’s “a huge party going on, which is clearly very, very, dangerous and causing lots of concern in the neighbours,” she said.

Even if that were the case, the police had “no powers of entry” but might instead “be knocking on the doors and saying you need to stop this,” she explained.

When pressed on whether police would “look the other way,” even if there were “six plus grandma”, Dick said, “We don’t know what the rules will be at Christmas—let’s see what the rules are, but I have no interest in interrupting family Christmas dinners. The police have lots of other things to be doing.”

Dick’s comments come on the same day as Health Secretary Matt Hancock said he was working with the devolved administrations in Scotland, Wales, and Northern Ireland on a UK-wide approach to rules for Christmas.

Currently, there are signs that the number of CCP (Chinese Communist Party) virus cases are starting to flatten, bringing hope that Britain could ease its stringent curbs so that families can gather for the seasonal celebration.

Britain has the worst official CCP virus death toll in Europe, and Prime Minister Boris Johnson has imposed some of the most stringent restrictions in peacetime history to try to halt the spread of the disease.

England has been under lockdown for two weeks, which Hancock said was helping to flatten case numbers—an important sign that things are starting to move in the right direction ahead of a decision on Christmas.

“There are encouraging signs that the number of cases is starting to flatten and that the lockdown that we brought in, earlier this month, is working,” Hancock told Sky News.

England’s lockdown is due to end on Dec. 2, although ministers have not ruled out that it could be extended.

Asked about his own Christmas plans, Hancock said that he was currently planning a small Christmas within the existing rules but hoped there would be some relaxation, even if some restrictions had to remain.

“It of course won’t be like a normal Christmas, there will have to be rules in place,” he said.