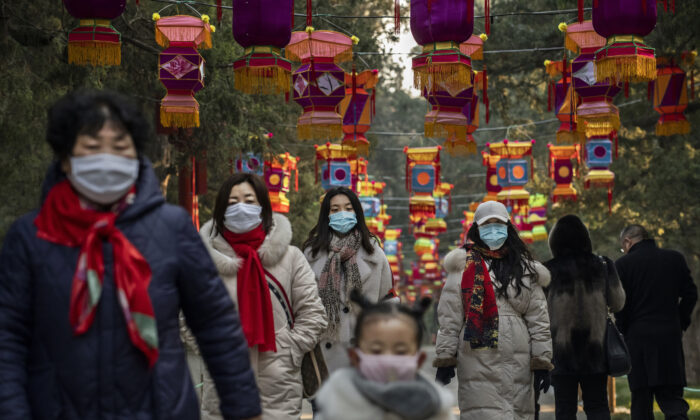 No Hollywood movies will be released during the upcoming New Year’s celebration season in China, according to China’s state-owned media.

Restrictions include Marvel films such as “Shang-Chi and the Legend of the Ten Rings,” “Eternals,” and “Black Widow,” as well as the latest Hollywood sci-fi film “The Matrix Resurrections” and the Marvel blockbuster “Spider-Man: No Way Home,” a Chinese media reported on Dec. 9.  State-owned Xinhua media also quoted Beijing Youth Daily, the official newspaper of the Beijing Municipal Committee of the Communist Youth League of China, on Dec.10 as reporting the absence of Hollywood blockbusters from 2022 New Year festival market in China.

Lu Tianming, China current affairs commentator, told The Epoch Times on Dec. 12 that normally it is the right time to introduce foreign blockbusters and good movies during the New Year festival, while the Chinese Communist Party (CCP) prevents Hollywood movies from entering China, in retaliation for the international boycott of the Beijing Winter Olympics, even if it is in an unrelated field.

“This [New Year films] is the field of culture, involving the livelihood and entertainment activities. Chinese people expect to watch some American blockbusters during the New Year celebration season. The CCP would not care about it, instead, they just want to achieve its revenge purpose,” Lu added.

China’s Foreign Ministry spokesman Zhao Lijian claimed on Dec. 7 that the regime will make “firm countermeasures” against the U.S. statement about boycotting the Beijing Olympics, which has been echoed by New Zealand, Australia, Britain, Canada, Kosovo, and other countries.

White House press secretary Jen Psaki said on Dec.6 that “the Biden administration will not send any diplomatic or official representation to the Beijing 2022 Winter Olympics and Paralympic games given [China’s] ongoing genocide and crimes against humanity in Xinjiang and other human rights abuses.”

On the other hand, Hollywood finds it is more and more difficult to get their smash hits into the Chinese market, with China’s tighter and more unpredictable censorship and regulation. According to a Financial Times’ report on Oct.20, Chinese moviegoers have not watched a single Marvel movie since “Spider-Man: Far From Home” was released in mainland China in June 2019.

The communist ruling regime has been worried that the introduction of these Hollywood mega-hits to China would have some impact on the ideological sphere and destabilize the CCP’s rule, including American values like the pursuit of freedom, human rights, and democracy, Lu said.

However, some Hollywood companies and actors have succumbed to the CCP’s censorship in order to enter the Chinese market. For example, “Top Gun: Maverick” removed the Taiwan flag from Tom Cruise’s jacket to appease the CCP.

Hollywood, together with Wall Street and Silicon Valley, as the most powerful private companies in the United States, are also targets for Chinese Communist infiltration, said Dan Mahaffee, senior vice president at the Center for the Study of the Presidency & Congress (CSPC), in a June 28 article published in The Hill.

According to Lu, whether Hollywood was obedient or bowed, it was only used to make money when the CCP needed it. Once the CCP’s regime faced a bigger crisis, or when it needed to use the film industry as a bargaining chip to retaliate against the United States, it would not hesitate to sacrifice Hollywood’s interests, he said.