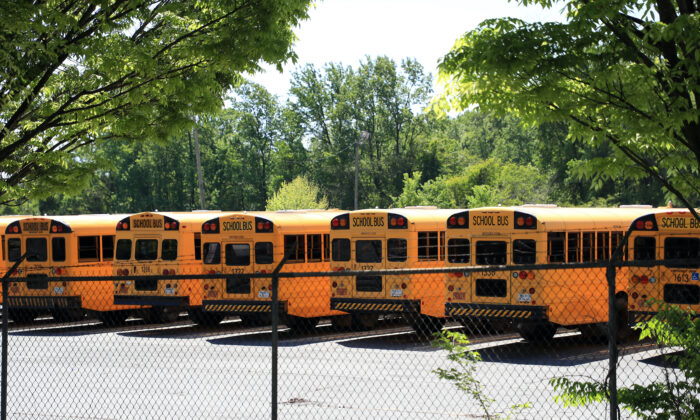 There is no evidence that school closures could reduce the spread of COVID-19, a disease caused by the CCP (Chinese Communist Party) virus, according to a recent study.

The article has been peer-reviewed and was published by Nature Medicine on Oct. 27. The authors include two Japanese professors and a visiting professor from the University of Michigan. The data of the study were collected in Japan.

“We do not find any evidence that school closures in Japan reduced the spread of COVID-19. Our null results suggest that policies on school closures should be reexamined given the potential negative consequences for children and parents,” the study reads.

School closures have been widely implemented across the world since the Spring of last year when the pandemic started.

In the United States, the first school closure associated with COVID-19 occurred in Washington state on February 27, 2020. By March 25, 2020, all U.S. public school buildings were closed, and over 50 million students had been affected, according to EducationWeek.

“Accordingly, it is imperative to know whether the benefits of school closures outweigh these costs. Nonetheless, scholars have not reached a consensus on the degree of benefit, if any, to closing (or not reopening) schools,” the study reads.

The study said that about 20 articles claim school closures are effective in controlling the spread of COVID-19, while almost the same number of articles have the opposite conclusions.

The authors of the study argue one of the reasons is methodological.

The authors said many articles do not control for any other variables, while others include only a few control variables. Therefore, dozens of potential confounders that affect school closures and the number of cases—for example, the share of children in the population, medical preparedness, and the government’s fiscal situation—would bias estimates of the effect of school closures.

Also, it is challenging to disentangle the effect of school closures from those of other measures or factors such as season, economy, and weather.

Thus this study enacted causal inference methods, utilizing matching techniques to account for dozens of confounders. So municipalities the study analyzed are comparable except for school closure status; the difference between them should only be attributed to school closure status.

“Empirically, we find no evidence that school closures in Japan caused a significant reduction in the number of coronavirus cases,” the study concluded, suggesting that “policymakers should be cautious when considering similar policies in the future, especially given the substantial costs such policies can have for the well-being of both children and parents.”

School closures for COVID-19 have become a controversial issue due to the negative impact.

“One example is from Sweden, during the first wave in the spring of 2020, which affected Sweden quite strongly,” Kulldorff said, talking about his motherland. “But Sweden decided to keep daycare and schools open for all children ages 1 to 15. And there are 1.8 million such children who got through the first wave without vaccines, of course, without masks, without any sort of distancing in schools.

“If a child was sick, they were told to stay home. But that was basically it. And you know how many of those 1.8 million children died from COVID? Zero. Only a few hospitalizations. So this is not a risky disease for children.”

The current guidance of the Centers for Disease Control and Prevention (CDC) for COVID-19 protection in K–12 schools states, “students benefit from in-person learning, and safely returning to in-person instruction in the fall [of] 2021 is a priority.”

At the same time, CDC said vaccination is the leading preventative strategy to help kids safely return to school and has recommended universal indoor masking by all students, teachers, and visitors to K–12 schools, regardless of vaccination status.

Zachary Stieber and Jan Jekielek contributed to this report.