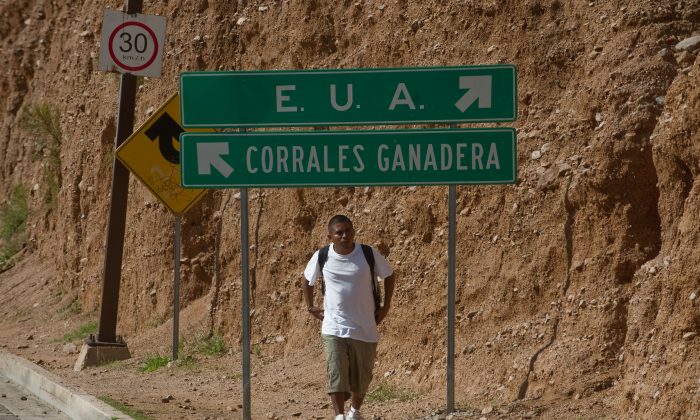 No Easy Answers for Illegal Immigration

There are 11 million illegal immigrants in the United States (or is it 12 million?). Whatever the number, Americans are declaring bluntly, “Enough is enough; indeed, far more than enough.”

“Round them up and send them back—to wherever.”

“Build a wall along the border with Mexico.”

“At least build a fence!”

A recent poll concluded that 64 percent of Americans support fencing the U.S.–Mexican border.

And for good measure, 28 percent support building a border “fence” on the U.S.–Canadian border.

As for the chattering class’s horrified recoil at such attitudes from the “unwashed,” we have some reactions.

Those that favor draconian action against illegal immigrants have solid rationales behind this visceral spewing of anger.

Those that favor draconian action against illegal immigrants (and, please, don’t call them “undocumented” which is desperate verbal somersaulting to legitimize what is flatly illegal) have solid rationales behind this visceral spewing of anger.

The first requirement of any nation state is to secure its borders and defend them against foreign invasion or incursion. Any individual with State Department consular officer experience, issuing visas to individuals “playing by the rules” and waiting for official documentation to enter the United States, sometimes for years, finds the swarms of illegals’ thumb-to-the-nose, middle-finger-of-the-hand-raised attitude existentially insulting.

Essentially, these individuals are trespassers. They have no more right to be here than they would be in taking up residence in your basement or garage and saying, “Since I’m mowing your lawn, picking your tomatoes, watching your baby, I have a right to be here.” “And because my wife just had a baby, I have a double right.” No/Never.

Bluntly, we can live without them. Every lawn in California doesn’t need its own manicurist. Stoop labor in harvest fields needs replacement by greater mechanization. And the cheap food servers, house cleaners, construction workers, and so on, can be replaced by U.S. citizens if given incentives from higher wages.

We find literally unbelievable the surge of “sanctuary cities”—the various metropolitan areas that decline/refuse to enforce federal law regarding arrest/detention of illegal aliens.

We find literally unbelievable the surge of “sanctuary cities”—the various metropolitan areas that decline/refuse to enforce federal law regarding arrest/detention of illegal aliens. The proximate example being San Francisco, where on July 3 a five-times deported (and returned) illegal alien gunned down the adult daughter walking with her father on Pier 14. Her dying words were, “Help me, daddy.”

As a man with three adult daughters, my visceral reaction is unprintable, and my solution would be barbaric. And not just to the illegal alien but to the public officials of San Francisco.

But while struggling with the “macro” elements of illegal aliens, we might consider some “micro,” albeit partial, solutions: affidavits of support and special bills.

Affidavits of support can be provided by relatives, friends, or local community members. These, however, must be legally binding, means-tested contracts, and avoid being vaguely worded, “not-worth-paper-printed-on” documents. While not many families can help more than one or two individuals, community organizations, charities, religious bodies certainly can do more. There is no need to change existing laws; the United States can retain nonbinding affidavits but give much more weight to legally binding affidavits.

Special bills have a bad name since the 1978–1980 “Abscam” bribery scandal. Nevertheless, the route is perfectly legitimate for individuals and groups. Particularly pertinent for the crisis de jure would be persons with no connection in the United States but in dire need, for example, Syrian Christians whose homes and churches ISIS destroyed.

Without changing one word of U.S. law, the U.S. attorney general has the right to “parole” them into the United States and give them permission to work. Furthermore, any congregation, synagogue, or even mosque that stepped up could not only provide support (again with binding affidavits) but could provide serious help. These groups could petition their congressman for a special bill to give deserving refugees immediate status. Presumably without the bribery that characterized the special bills of the 1970s–1980s.

Obviously, the same approach applies to the masses of illegal aliens hiding in plain view throughout the United States. They need to be brought out of hiding and made an integral part of the existing system.

Will this solve all of the problems? Absolutely not. But rather than vague “paths to citizenship” or a return to specialized visas for agricultural workers, it offers serious, albeit partial, answers to a problem that is rending the national social fabric.

Let the do-gooders put their money where their mouths are and show compassion in real terms. Instead of railing at lack of food in food banks or talking about the constitutional rights of “anchor babies,” they can provide their funds, goods, and even residences as contributions.