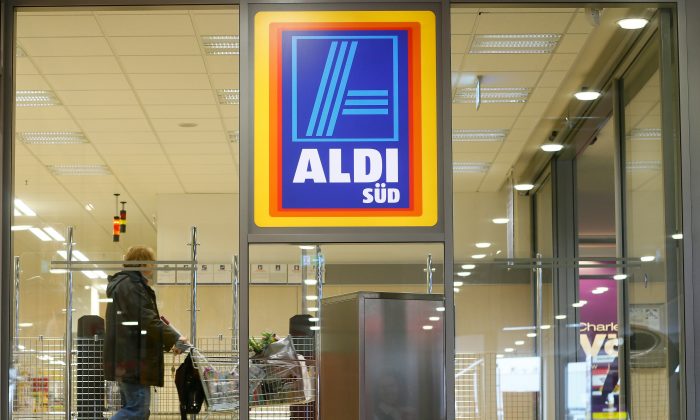 A shopper pushes a shopping cart in an Aldi store on April 8, 2013 in Ruesselsheim near Frankfurt, Germany. (Ralph Orlowski/Getty Images)
News

No Crony, Just a Capitalist

One of Germany’s richest men, Karl Albrecht never gave an interview. At least not before several weeks ago, shortly before he died. He shunned publicity, politics, as well as cronyism, and focused on capitalist basics: Provide the products your customers want and make your employees happy.

These principles, not dissimilar to those of John Mackey at Whole Foods Inc., made Karl Albrecht’s Aldi Süd one of the most successful grocery chains in the whole world. Unlike Whole Foods, which is a publicly traded company, the private company Aldi never even had to publicly release financial information.

One may ask how it is possible to create a private company with billions in revenue without access to public equity markets. Together with his brother Theodor, Karl Albrecht created their store empire largely without bank loans or external equity financing.

They financed everything out of the cash flow existing stores were producing. In the heydays of its growth in the 1960s, a new store would recoup the initial capex within two weeks of opening.

New cash flow could be used to open new stores. In Germany, in Europe, and elsewhere, even in the United States, where Aldi Süd operated its own brand and Aldi Nord owns Trader Joe’s.

This dreamlike financial success was based on hard work and the basic principles of capitalism. Create a product that your customers want and sell it at prices far cheaper than the competition.

The Albrecht brothers accomplished the remarkable feat of providing exactly what the traditionally stingy German shopper craved, in one of the most competitive industries—staple retailing.

The principle: A limited selection of decent quality products sold at prices far lower than the competition. “You have to make the customer believe they cannot shop cheaper elsewhere,” Karl Albrecht told German daily F.A.Z. in his only interview, conducted earlier in 2014.

But not only Germans appreciated this no-nonsense approach to grocery shopping. Aldi operates profitably in over 17 countries worldwide.

The other principle that Karl Albrecht—and not his brother Theodor—adhered to: Make your employees happy. These different attitudes in management style led to the split up of the empire in the late 1960s, with Karl taking control of Aldi Süd in the south of Germany and Theodor keeping the operations in the North of Germany, a separation on amicable terms that guaranteed the brothers would not compete with each other geographically.

After the split, Karl Albrecht made sure his employees would earn enough to provide good work and not leave the company. In the 1970s when inflation was high in Germany he ordered a pay raise for all employees of no less than 30 percent. “They thought I was crazy, but I made it happen,” Albrecht told F.A.Z. “Well-paid employees work better.”

As a result, Aldi Süd has far fewer disputes with labor representatives than Aldi Nord, which took a different approach.

This didn’t mean that Theodor—who died in 2010—wasn’t successful. Both parts of Aldi kept on growing and still are highly profitable.

Both brothers, however, were united in their disdain for publicity, politics, and cronyism. They never gave interviews, never met with politicians, or other influential industrialists. They just focused on the basics.