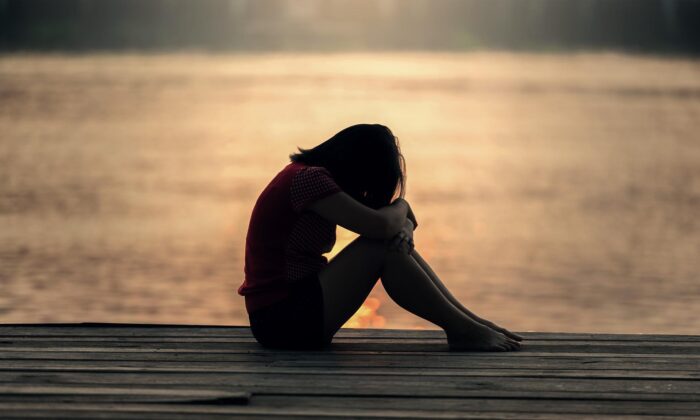 Lauri Florentine-Howell’s daughter was 11 years old when she began dressing like a boy, and by age 12, she wanted to be called Jack.

Her daughter told her that she identified “more with male energy.”

“It was a shock,” Florentine-Howell told The Epoch Times.

Not wanting to alienate her, Florentine-Howell said she processed her daughter’s words without reacting negatively, neither affirming nor denying what her daughter said she was experiencing, she said.

“We’re not going to tell her that her feelings are wrong because we don’t know what she’s going through, but at the same time, we’re not going to allow her to take any drugs, like puberty blockers,” Florentine-Howell said.

In retrospect, Florentine-Howell said her daughter may have developed these feelings during the COVID-19 lockdowns when, amid a rapidly changing society, children were allowed to retreat online, finding communities on social media platforms that either affirmed or attacked their feelings.

Not one to blindly accept a narrative, Florentine-Howell said she researched, seeking answers to why children her daughter’s age were feeling alienated from their own bodies to the extent that they were willing to declare themselves as the opposite gender, with some committing to that declaration with drugs and surgery.

Florentine-Howell even watched the documentary “What Is a Woman?” about the transgender movement, directed by Matt Walsh of The Daily Wire.

The documentary delves into academic, historical, psychological, and tribal perspectives on gender and sex while examining the trend in transgenderism and how it has reached children.

“It’s fascinating, and it addressed everything we’ve been experiencing,” Florentine-Howell said.

A phrase that emerged during Florentine-Howell’s research was “rapid-onset gender dysphoria.”

This isn’t an official diagnosis like gender dysphoria, but rather a description of a phenomenon among adolescents derived from a study by physician and researcher Dr. Lisa Littman that examined “potential factors contributing to the onset and expression of gender dysphoria among AYAs [adolescent and young adult children]” such as “social influences and maladaptive coping mechanisms.”

Miriam Grossman, a psychiatrist who appeared in Walsh’s documentary, discussed with The Epoch Times the complexities of the gender issue and how it’s mutated into what many are describing as “a social contagion” not rooted in an authentic psychological condition, but a trend.

“What’s always been around are rare cases of prepubescent children and predominantly middle-aged men who have gender issues,” Grossman said. “Those cases were unrelated to any kind of indoctrination or agenda that was taking place.”

In the younger children, they were mostly boys who had the disorder, she said.

“For every one girl who was expressing a desire to be a boy, there were six boys,” she said. “Those were kids that we diagnosed as having gender identity disorder, or GID.”

Without the intervention of the puberty-blocking drugs and surgeries that are so common today, the majority of children with GID in former years would eventually desist, which Grossman defined as the resolving of the feeling of discomfort or incongruence one has with their biological sex.

“However, these are children—usually 5, 6, or 7 years old—who are not yet in adolescence,” Grossman said. “This is not the current population of older kids that we are looking at now.”

Today, most of the children presenting as transgender are adolescents who have shown no previous symptoms of discomfort with their biological sex, Grossman said.

“This is a new population, and that’s really important to understand because people who are pushing the affirmation model of automatically accepting the child’s announcement that they are identifying as the opposite sex are using data from a different population,” she said. “In fact, the data that we have on this issue in any population are far from ideal.”

The problem is, Grossman said, there are medical organizations that are basing their recommendations on poor evidence.

“Providing gender-affirming care is neither child maltreatment nor malpractice,” the NCTSN document states.

The Risk of Suicide

Parents are now told by these medical organizations that their child is at risk of committing suicide if they don’t give their child “gender-affirming” care, Grossman said.

While everyone is on the same page with preventing suicide, she said, there’s no data to support the idea that adolescent children are committing suicide because they can’t be gender-affirmed.

“Kids who are confused about their gender often have other issues, and if you compare the suicide rates of kids who have psychiatric issues without gender identity problems with kids who say they are trans, or nonbinary, what you have are very similar suicide rates,” Grossman said. “So, it’s very inaccurate for these parents to be told their child is at risk of suicide because of this one issue, when there are many other issues.”

In addition, there’s no long-term evidence that these treatments are preventing suicide, she said.

Grossman referenced a study that suggests the opposite.

In the study, those who went through sexual reassignment procedures had a higher risk of suicide (pdf).

The study examined 324 sex-reassigned persons (191 male-to-females and 133 female-to-males) in Sweden and concluded that people “with transsexualism, after sex reassignment, have considerably higher risks for mortality, suicidal behavior, and psychiatric morbidity than the general population.”

One important point about the study is the length of time it took for people to regret what they’d done, she said.

“It took them years to get to that point to where they realize they may have not made the best decision,” Grossman said. “So, when we’re studying these adolescents, we can’t just follow them for six to 12 months, but that’s what’s happening now. These medical organizations are looking at them for a very short term.”

Much of the available evidence of the negative effects is coming from the testimonies of “detransitioners” who are beginning to speak up.

“I’ve been working as a psychiatrist for almost 40 years, so I’ve seen everything, but these stories of young 17-year-olds who have had their breasts removed, they’re growing a beard, their voices dropped, and they’re suicidal because they’ve gone through these irreversible procedures—it’s a horror show,” Grossman said.

Parents must get educated, she said, and not wait for their children to come home and say they no longer identify with their gender.

In May 2022, Dr. Rachel Levine, the transgender assistant secretary for health at HHS, said there were no physicians disputing the need for children to receive transgender treatments.

But Grossman said parents need to understand that there’s no consensus among physicians on this topic, despite people being led to believe otherwise.

“We need to step back and admit that we just don’t have the data to be performing these experiments on minors,” she said, adding that the first line of treatment has traditionally been psychotherapy.

Despite this lack of data, however, indoctrination to influence parents and children goes back to the 1950s.

In her 2009 book “You’re Teaching My Child What?” Grossman traces the concept that gender is separate from biological sex and physical anatomy to psychologist John Money in 1955.

Grossman goes into detail as to how Money arrived at his conclusions in Chapter 7 of her book (pdf), which describes Money’s unethical practices that were later revealed by the very subjects of the experiments to be a hoax carried out through sexual abuse of children.

Grossman said that many sex educators today ignore the truth about Money and still subscribe to his theories, and the idea that gender isn’t determined by biology continued to find its way into pseudoscience and books for children, as it did in 1997 with “My Gender Workbook” by Kate Bornstein, who was born male and underwent sex reassignment surgery to present as a woman, but who now identifies as nonbinary.

Grossman said Bornstein is working to “dismantle the gender system on the planet as we know it.”

“On the front line of her attack are pronouns,” Grossman said. “She, he, his, and her don’t work: They support the gender binary.”

For the transgender community, the gender binary is viewed as a tool of oppression, Grossman said.

Grossman said her book was a warning to parents more than a decade before the campaign of transgender normalization that prevails in media today.

“The worldview being taught is that gender is a social construct and that there’s no consequence for denying your biology,” she said.

It’s a movement to change how society thinks of males and females, she said.

“That’s the big picture here,” Grossman said. “It’s an extremely radical vision, and when you have a vision for changing society and the world, you have to start with the children.”

‘We’re Going Through This Together’

Fortunately, Florentine-Howell said, her daughter has expressed no interest in puberty-blocking drugs or surgery.

“There’s not really any part of her life that is negative or suffering right now because of this, and that’s why we’re just going through this together,” she said.

School has begun, and Florentine-Howell said her daughter seems happy and content, with her artwork and piano playing “thriving.”

“We have come to the conclusion, if there’s something to worry about, we will address it and deal with it,” Florentine-Howell said. “If not, we will just allow time to unfold on its own.”