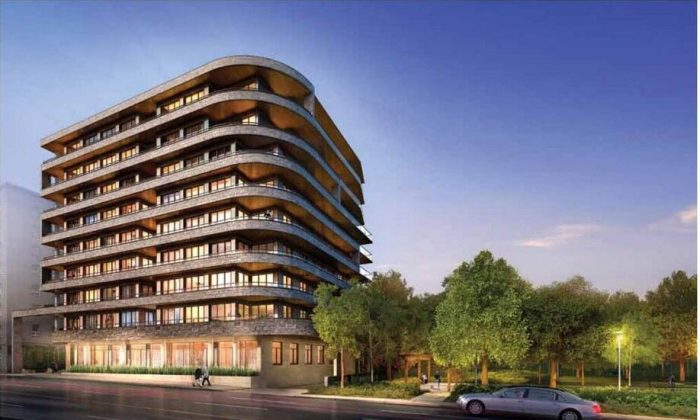 Rendering of the Davies, a condo development by Brandy Lane Homes in Toronto (The Davies)
Canadian Content

‘No Clouds on the Horizon’ for Toronto Real Estate

Mark Cohen has a succinct way of summing up the current state of Toronto’s irrepressible real estate market.

“We’re in the 20th year of a seven-year cycle,” the managing partner of  The Condo Store tells Epoch Times in an interview at the brokerage’s Liberty Village headquarters. Because of that, he says, there’s a lot of worry. “Is there a bubble, is it going to burst… a mature market scares a lot of people.”

Such fears are unfounded, Cohen insists, noting that the GTA’s fundamentals—low interest rates, steady immigration, red-hot rental  market—show no signs of changing. “I don’t see any clouds on the horizon.”

A lack of available low-rise homes, whether new or resale, continues to push house prices across the GTA to new, dizzying heights. The average detached home in Toronto sold for $1,206,637 in August, an 18.3 percent spike from a year earlier, according to the Toronto Real Estate Board. In the 905 area, the average detached home sold for $905,610, an eye-popping 23.3 percent year-over-year increase.

Buyers in search of affordability have fled to the comparatively cheaper condo market. “Toronto has become condominium-ized,” says Cohen. “Unless people are willing to live farther outside the GTA, they’re forgoing low-rise completely.”

An especially hot spot for condos is Vaughan. The bustling suburban city is in the midst of creating a dense downtown core from scratch, centred around the arrival of a game-changing TTC subway line extension. All new projects there have sold out “in no time,” says Cohen, including Allegra Condos, a 385-unit building The Condo Store marketed for builder Trimax Developments. Liberty Developments’ Cosmos Condos and Plaza Corp.’s The Met have also been big successes.

The first units snapped up at Allegra were larger ones, especially two-bedroom suites with outdoor space. That’s indicative of an emerging trend, Cohen notes. “People want homes they won’t grow out of quickly, and a larger condo is within reach of someone who otherwise would have preferred to buy a detached home.”

Larger Suites are in Demand Everywhere

Brookdale on Avenue, a condo by Fortress Real Developments at Avenue Road and Lawrence Avenue West, originally launched with 97 units. But purchasers seeking larger abodes—many of them locals moving out of large multi-million dollar homes—opted to combine suites, reducing the development to 62 units, none smaller than 1,000 square feet, and many priced at $2 million-plus.

It was the same situation at Davies, a condo at Avenue and Dupont Street, also marketed and sold by The Condo Store. The building started off with 45 suites, and it’s now closer to 30. “There’s definitely a trend of people combining spaces to create larger suites,” says Cohen.

Bigger units are also becoming of interest to investors, who have traditionally sought smaller suites. But families, who are making up a growing segment of the rental-condo market, aren’t interested in living in cramped quarters. Investors have taken notice, says Cohen, and they’re gravitating toward two-bedroom or one-bedroom-plus-den units. They’re also seeing them as long-term holds.

“People won’t grow out of larger suites so fast,” he adds. “So it’s like future-proofing your investment.”