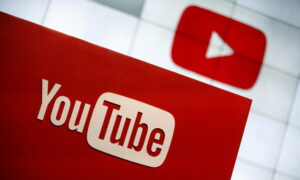 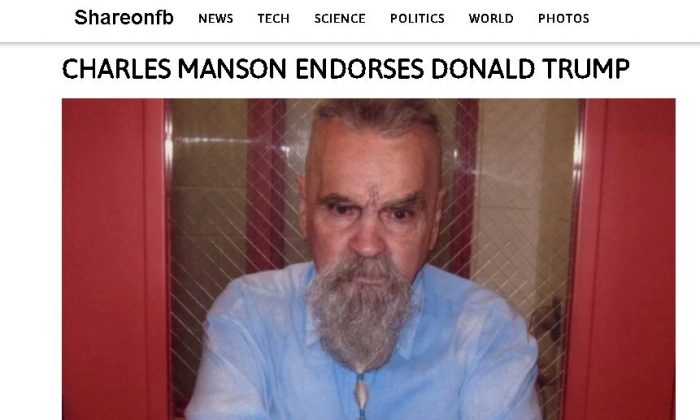 Charles Manson, the man who was convicted of leading the so-called “Manson family” to murder nine people in 1969, did not endorse Donald Trump.

When you try to read the article, one gets a message saying they’ve been pranked.

“Your friend Freddy Snakeskin just played a prank on you. 213,210 people were trolled,” the message read on Monday night.

The article had more than 21,000 shares as of press time, and it is associated with a Facebook page called “Real or Fake News.”

The first paragraph of the article appears to be written in the style of an actual news report, but the following paragraphs are total gibberish:

United States, USA — Family cult leader Charles Manson endorsed Donald Trump for President from San Quentin Prison. “He’s the best man for the job, and he speaks his mind”, Charlie said during a telephone conversation with this reporter.

This event was uncovered undoubtly at the worst timing possible admid the world watching. We have exclusive CONFIRMED report and are confident to release this news ot the public. The postings, first reported by The New York Times, make references to Harper having a son who has a disorder on the autism spectrum and of the family having strong pro-gun views.

Manson has been the subject of a number of viral hoaxes, including one saying that he had died and another that said he was released from prison.