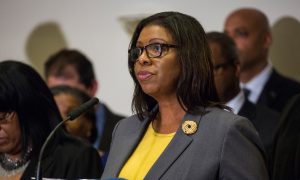 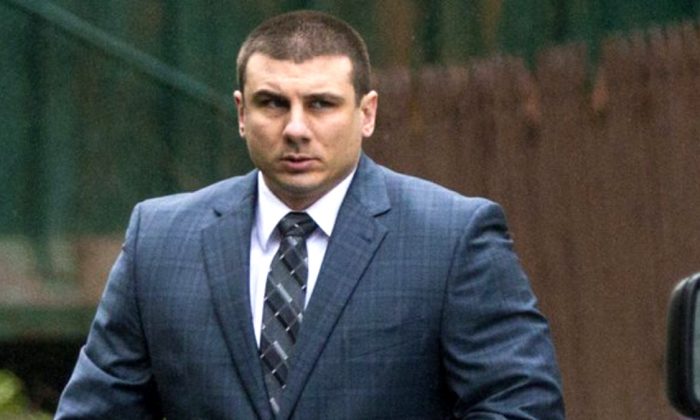 No Charges for Officer in Garner Chokehold Death

NEW YORK—Federal prosecutors said on July 16 that they won’t bring criminal charges against a New York City police officer in the 2014 chokehold death of Eric Garner.

The decision to end a yearslong civil rights investigation without charges was made by Attorney General William Barr and was announced the day before the five-year anniversary of the deadly encounter, just as the statute of limitations was set to expire.

Civil rights prosecutors in Washington had favored filing criminal charges against Officer Daniel Pantaleo, but ultimately Barr sided instead with other federal prosecutors based in Brooklyn who said the evidence wasn’t sufficient to make a case, a Justice Department official told The Associated Press.

U.S. Attorney Richard Donoghue, of the Eastern District of New York, said in a news conference that while the death was tragic, there was insufficient evidence to prove that Pantaleo or any other officers willfully violated Garner’s civil rights.

Officers were attempting to arrest Garner on charges he sold loose, untaxed cigarettes outside a Staten Island convenience store in 2014. He refused to be handcuffed, and officers took him down.

Garner is heard on bystander video crying out “I can’t breathe” at least 11 times before he falls unconscious. He later died.

A state grand jury had also refused to indict the officer on criminal charges.

In the years since Garner’s death, the New York Police Department made a series of changes on how it relates to the communities it serves, abandoning a policy of putting rookie cops in higher-crime precincts in favor of a neighborhood policing model that revolves around community officers tasked with getting to know New Yorkers.

The New York Police Department brought Pantaleo up on departmental charges earlier this year. Federal prosecutors were observing the proceedings. An administrative judge has not ruled whether he violated policy. He could face dismissal, but Police Commissioner James O’Neill has the final say.

In the years since the Garner death, Pantaleo has remained on the job but not in the field.