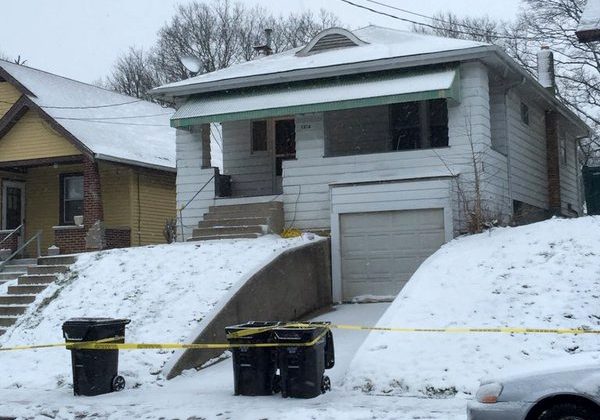 Police tape cordons off a home Tuesday, Jan. 12, 2016, in Cincinnati, where police says a father, who believed he was confronting an intruder in his home, fatally shot his 14-year-old son, who he thought was on his way to school. Authorities said the father called 911 and the boy was taken to Cincinnati Children's Hospital Medical Center, where he died. (Patrick Brennan/The Cincinnati Enquirer via AP)
US

No Charges for Man Who Killed Son He Mistook for Intruder

CINCINNATI—No charges will be filed against a man who fatally shot his 14-year-old son after mistaking him for an intruder.

Hamilton County Prosecutor Joseph Deters said Wednesday that the man, 72, won’t be charged in the Tuesday morning shooting in the basement of the Cincinnati-area home.

The man had watched his son, Georta Mack, walk to the school bus and the boy later called his father to say he was on the bus, Deters said in his statement.

The man later heard a noise in the basement and got his .45 caliber handgun before investigating, according to the prosecutor. The father told authorities that when he opened a closet door, Georta jumped out and yelled, “Boo!”

The startled man, whose name wasn’t released, fired a shot that hit the boy in the neck.

“He scared me!” the distraught father said in his 911 call. “I thought he was in school. I heard noise, so I went downstairs looking and he jumped out at me. …. Oh, God. Get here quick!”

Police said the teen had headed to the bus stop but apparently decided he wasn’t going to school and came back home through a back door.

Deters said all the forensic evidence matched the father’s account of what happened and no charges were appropriate.

“There is only one word for this — tragedy,” Deters said. “It is impossible to imagine how horrible this father must feel for mistaking his son for an intruder.”