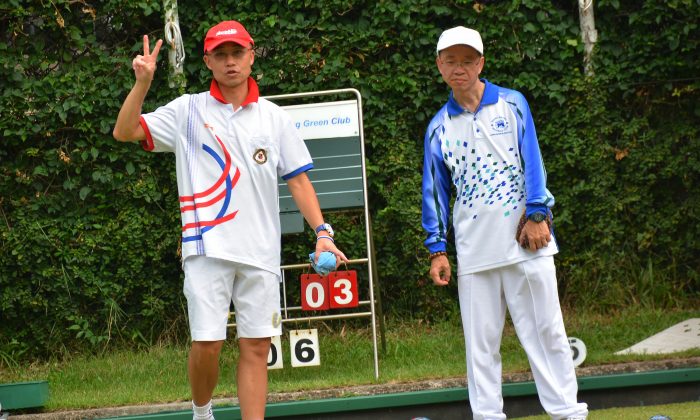 No Change at the Top of the League

HONG KONG—Defending champion Kowloon Bowling Green Club (KBGC) and Craigengower Cricket Club’s (CCC) maintain their leadership at the top of the Premier League Division One after both won their game 6-2 last Saturday, September 19, 2015.

While KBGC successfully held onto their lead of five points over the chasing pack, 2012 and 2013 champions Kowloon Cricket Club became the big loser when they lost to a CCC team who were level on points but separated by shots before the game. After the defeat KCC is now trailing the leader by nine points.

At the bottom, Taipo Sports Association looks doomed as they suffered another defeat at home. With just five games to go they are 21 points away from safety.

Women
In the women’s section, Hong Kong Football Club A team maintained their lead of 12 points after registered another 8-0 victory against lowly Kowloon Cricket Club.

KCC was pushed to the relegation zone, level on points with bottom team United Service Recreation Club but with a better shot difference.