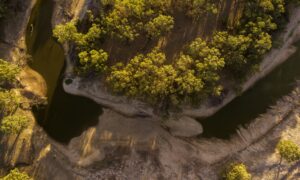 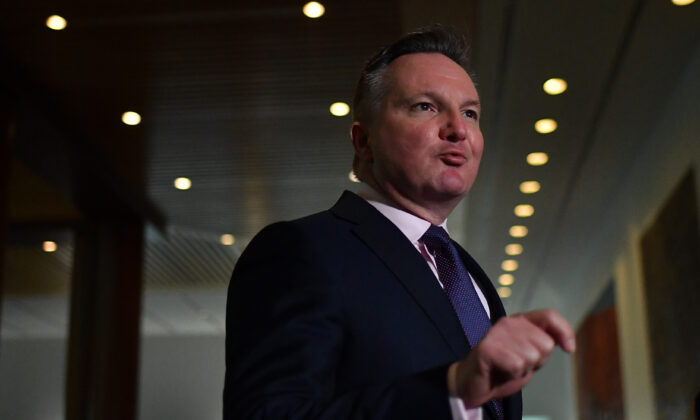 Australia's Shadow Minister for Climate Change and Energy Chris Bowen speaks to media during a press conference in the Mural Hall at Parliament House in Canberra, Australia, on June 23, 2021. (Sam Mooy/Getty Images)
Australia

No Carbon Price Under Labor: Bowen

Federal Labor is promising no price on carbon as part of its policy road map to net zero emissions by 2050.

“I think providing tax cuts for electric vehicles is a good indication of the way our thinking has developed.”

Climate change policy has again been thrown to the centre of political debate with the return of Barnaby Joyce as Nationals leader after last week’s party spill.

But Bowen says the deputy prime minister is out of touch with some members of his own community as Armidale Council in his electorate has declared a climate emergency.

He said Labor has been clear that there will be no new coal-fired power stations in Australia.

“I say to coal workers directly to them and will continue to do so, the world is changing—70 per cent of our coal is exported, most of it to countries who have committed to net zero either by 2050 in the case of Japan and Korea and 2060 in the case of China.”

Liberal backbencher David Sharma said that Joyce’s reelection would mean that the voice of people in regional communities of Australia will be better heard as the government determines which policies to commit to as it attempts to address climate change concerns.

“I don’t think the trajectory of our pathway to new zero future and a lower emissions future is in any doubt,” he told Sky News’ Sunday Agenda program.

He said what the Nationals will try and do is to make sure their regional communities, farmers, and resource exposed sectors do not unduly bear the structural adjustment burden that is underway.

Bowen said the National Farmers’ Federation says they want to be part of the solution and support net zero emissions.

“Farmers get it, they have seen their incomes fall because of climate change, some estimates say up to 50 per cent,” he said.

Australia in recent years suffered one of the “worst droughts in history.” That drought broke in 2020 with the change to La Nina conditions, returning drought conditions to California across the Pacific. The causal link between climate change and droughts is still debated in the scientific community.

Winter crops in 2021 are expected to be close to record breaking for Australia.