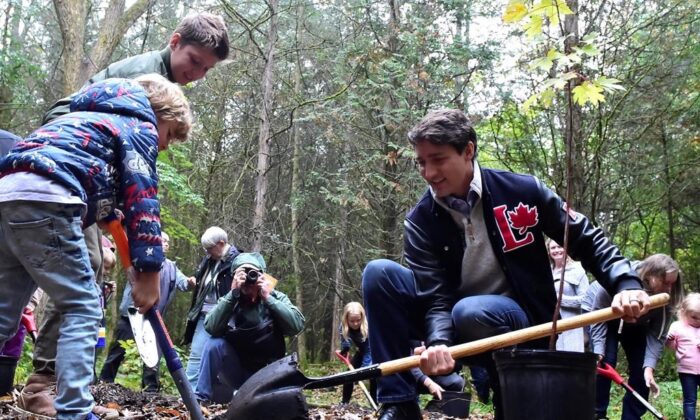 OTTAWA—Prime Minister Justin Trudeau’s massive tree-planting promise from the 2019 election has yet to be allocated a single dime.

Trudeau pledged a year ago that the government would plant two billion more trees by 2030, or about 200 million extra trees per year.

Canada plants about 600 million trees a year and requires every tree harvested to be replaced with a new seedling.

Beth MacNeil, the assistant deputy minister at the Canadian Forest Service, says while consultations are underway, there is no specific plan for how the new plantings will be completed.

MacNeil told the House of Commons natural resources committee on Friday that the service is still waiting to be given a budget.

Alberta Conservative MP Rachael Harder says it is “shameful” that the government still hasn’t put any money toward the program.

Trudeau pitched the tree-planting program as a critical element of Canada’s climate-change plan, and MacNeil says there is no “solution” for climate change that does not involve forests, which absorb and store carbon dioxide.