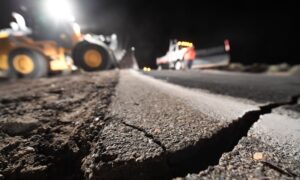 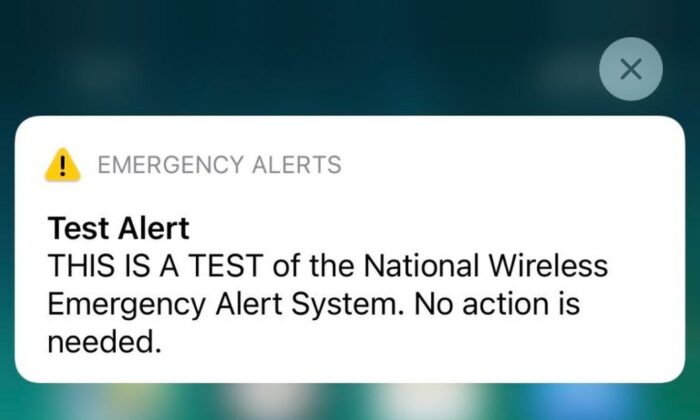 “THIS IS A TEST of the National Wireless Emergency Alert System. No action is needed,” the alert read, which was sent via text message to people’s phones.

The Emergency Alert System alert was also sent to radios and TVs at around the same time.

A FEMA spokesperson told The Epoch Times on Wednesday afternoon that “we successfully tested the system,” adding that “Many emergency officials and people who opted into today’s [Wireless Emergency Alert System] test successfully received the test alert”

“Individuals who did not opt-in correctly may not have received a test message. The [Emergency Alert System] test was also successful,” the spokesperson continued.

Reminder: At 2:20 PM ET today, we will conduct a national test of the Emergency Alert System in coordination with @FCC. The test will appear on televisions & radios, while specially configured cell phones will receive an emergency alert test code message. #IPAWS pic.twitter.com/VPDMsvVEQ8

A number of users on social media said they did not receive the alerts. But a FEMA regional account confirmed later that “the test did happen,” adding that users have to turn on certain settings on their phones.

Recently, FEMA rolled out “presidential alerts,” which can be sent to every U.S. phone in the event of a national emergency. The alerts, unlike others, can be sent by the sitting president and Americans cannot opt-out of them.

In 2019, an erroneous alert sent out to residents in Hawaii warned of a ballistic missile threat, saying that “this is not a drill.” Minutes later, the warning was canceled, although it came in the midst of heightened tensions between the United States and North Korea.