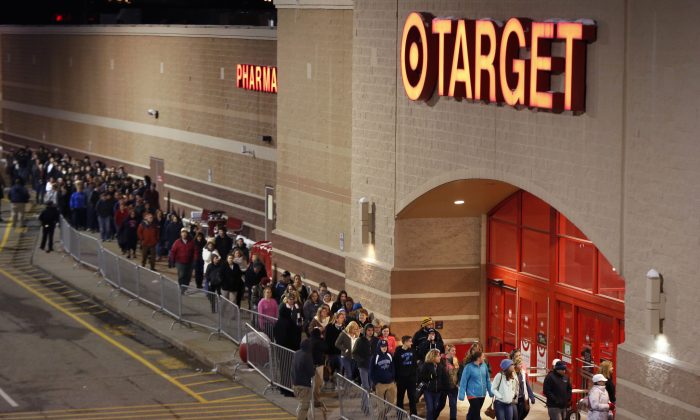 An article that has that gets re-posted on Facebook every year is again confusing tens of thousands of people.

The article, from satirical website The Onion, says that “42 million” were killed in the “bloodiest Black Friday weekend on record.”

Some actually believed there was a shred of truth to the heavily shared article. “It’s not officially black friday until ‘the onion’ posts this article (every year),” as one Facebook user wrote.

For starters, The Onion publishes satirical news and only satirical news, meaning none of it is true, but it’s merely shedding light on the relative absurdity of Black Friday shopping, likening it to “hordes of savage holiday shoppers … murdering customers at Wal-Mart, Sears, and JCPenney locations nationwide, leaving piles of dismembered and mutilated corpses in their wake.”

However, some were duped by the several-year-old Onion piece.

Added another, “What the hell is wrong with these people!!!! Possessions are not worth a life. Wake up people stay home. It’s time these Black Friday’s were stopped.”

Said one: “There were approximately 7 deaths and 98 injuries this black friday. . . Idk what everyone thinks this is vut we are not in the hunger games? I would like to think the government would shut black friday down if 42 million people died from it (sic).”

Added one: “Man, I thought this was real for a second! Well played, The Onion.”

“I remember seeing this when I was 15 and totally falling for it and that’s how I discovered The Onion,” wrote another.

“Was it really a good idea to post a headline saying 42 million people were killed? And the photoshopped pictures of mall buildings on fire?” one person questioned in The Onion’s Facebook section.

Another opined: “I think a year or two ago I shared this, and then a [Facebook] friend shared it thinking it was true. He was angry, sad, and over it. I had to remind him what Onion was. Had to remind him of the death figures. Even his own friends were shocked at the idea of black friday (sic).”

If 42 million people died–anywhere in the world in any circumstance–that would make the news everywhere. The Onion has published satire–in print and online–since 1988.

It’s not the first or the last time people have believed The Onion’s articles, as Literally Unbelievable–a website that publishes the comments section for Onion articles–has noted for years.

For the most part, Black Friday violence is relegated to fights over items and stampedes. But in 2013, a 34-year-old man was trampled to death by shoppers at a Walmart in Valley Stream, New York.

And in 2010, a U.S. Marine reservist was stabbed trying to stop a thief fleeing on Black Friday. In 2009, an elderly Queens, New York, man was shot over his new TV. Three robbers ambushed the man and shot him in the stomach.

During this year’s Black Friday, a woman apparently fought a child over a steamer in an undisclosed location, but some thought it was staged to produce a viral video.

However, there were still fights at malls across the country during the shopping bonanza.