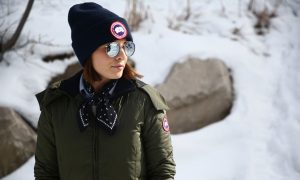 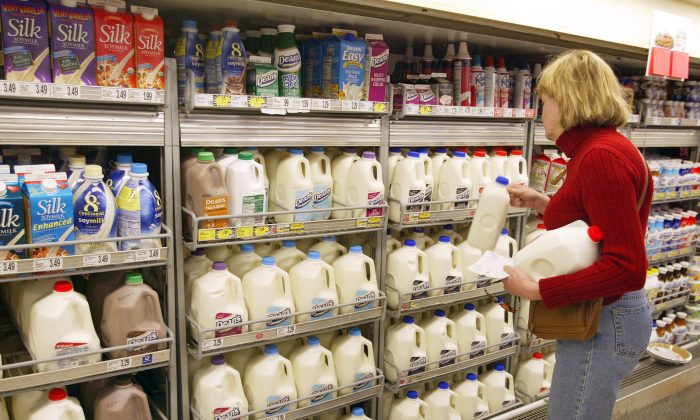 A woman shops for milk in a grocery store in Chicago, Illinois on April 12, 2004. (Photo by Tim Boyle/Getty Images)
US News

No. 1 Producer of Milk in US Declares Chapter 11 Bankruptcy

Dean Foods, the No. 1 producer of milk in the United States, on Tuesday announced that it filed for Chapter 11 bankruptcy protection.

The milk-processor, based in Dallas, said it will use the bankruptcy protection to keep running the business and deal with debt and unfunded debt obligations while it seeks to sell itself to the Dairy Farmers of America cooperative.

“The actions we are announcing today are designed to enable us to continue serving our customers and operating as normal as we work toward the sale of our business,” Beringause said, adding that the firm has “a strong operational footprint and distribution network, a robust portfolio of leading national brands and extensive private label capabilities, all supported by approximately 15,000 dedicated employees around the country.”

According to CNN, the company secured $850 million in financing from several lenders, including Rabobank, to keep it running.

Since about 1975, the amount of milk consumed per capita in America has dropped by about 40 percent, noted The Associated Press. Experts have said that other choices such as sodas, teas, and plant-based milk such as soy or almond milk are crowding the market.

The global market for milk alternatives is slated to make $18 billion in 2019, which is up about 3.5 percent from the previous year, according to CNN, citing Euromonitor. The cow’s milk market makes about $120 billion worldwide each year.

Dean Foods is also under pressure because Walmart opened up its own processing plant in Indiana in 2018. The move caused Walmart to drop Dean Foods as its milk supplier, CNN reported.

Beringause continued, “Since joining the company just over three months ago, I’ve taken a hard look at our challenges, as well as our opportunities, and truly believe we are taking the best path forward. In recent months, we have put in place a new senior management team that not only has considerable experience in the dairy and consumer product industries, but also in executing major turnarounds. I am confident we have the right people in place to lead us through this process. I want to thank all Dean Foods employees for their continued commitment to our customers, our partners and our company. I also want to thank our suppliers and other business partners for their cooperation and our customers for their continued support.”

Dean Foods didn’t reveal whether if there would be any layoffs.