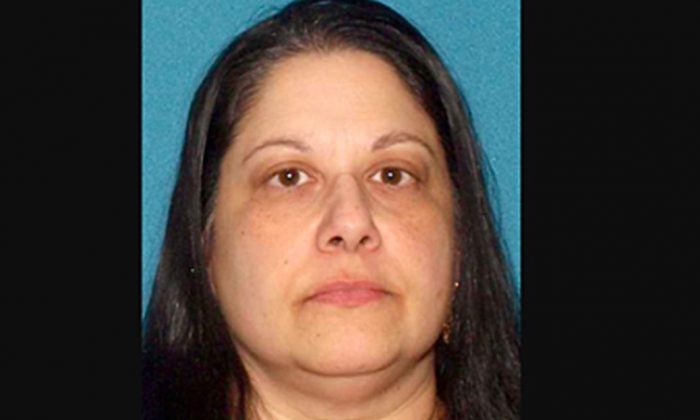 A New Jersey woman is accused of stealing more than $140,000 in her deceased mother’s pension benefits, it was reported.

The New Jersey Attorney General’s office said she should get a 364-day county jail term when she is sentenced in March.

Heil also must pay full restitution on top of the jail term, according to the report.

Her mother, who was not named in the report, received survivor’s benefits as the beneficiary of her late husband. He was a member of Teachers’ Pension and Annuity Fund.

When the mother died in 2005, officials were not told of her death.

The payments to Heil continued until 2013 after Heil reported her death.

“The Division of Pensions and Benefits subsequently conducted an audit and contacted Heil about returning the funds that were deposited into the account,” said a press release from the attorney general’s office.

According to AP, she had promised to return the money, but she instead made a number of wire transfers and withdrawals from bank accounts, “resulting in the theft of approximately $140,873 in state funds,” said the office.

An Inwood, New York, woman is accused of stealing more than $200,000 in welfare and housing benefits over the course of four years. Police arrested her Oct. 30.

Amika Land, 37, who is also known as Amika Simmons, allegedly underreported her household income to the Nassau County Department of Social Services, according to the local district attorney’s office.

Her gross income working at a medical practice in Nassau County allegedly ranged between $38,604 and $76,730, legally disqualifying her for welfare and housing benefits, the report said.

But she got $180,868 worth of benefits from Medicaid, daycare, public assistance, SNAP and Home Energy Assistance Programs, officials said. She also got more than $26,628 in Section Eight housing benefits from the county’s Office of Housing and Community Development.

“This defendant allegedly falsified documents to steal more than $200,000 in government benefits that were earmarked for struggling families,” District Attorney Madeline Singas said in a news release. “Stealing from programs that provide a safety net for the needy victimizes our most vulnerable neighbors and the taxpaying public, and we will vigorously prosecute this case.”

According to the district attorney’s office: “The defendant was employed by a medical practice in Nassau County and worked in the billing department. Between August 1, 2011, and July 31 2015, the defendant received Section Eight housing benefits from the Nassau County Office of Housing and Community Development (NCOHD) totaling $26,628. During that time, she is alleged to have knowingly underreported her household income by submitting the same fraudulent letters to that agency that she did to DSS [Nassau County Department of Social Services].”

In Maryland, a Silver Spring doctor stole $517,000 in her deceased mother’s benefits.

Crystal McGinty’s “mother was a Maryland resident who began receiving monthly retirement benefits from the Teachers’ Retirement System of the City of New York (TRSCNY) in 1972, and began receiving Social Security Retirement Insurance Benefits (RIB) in 1989,” said the Department of Justice in October.

She faces as many as 32 years in prison, if convicted.