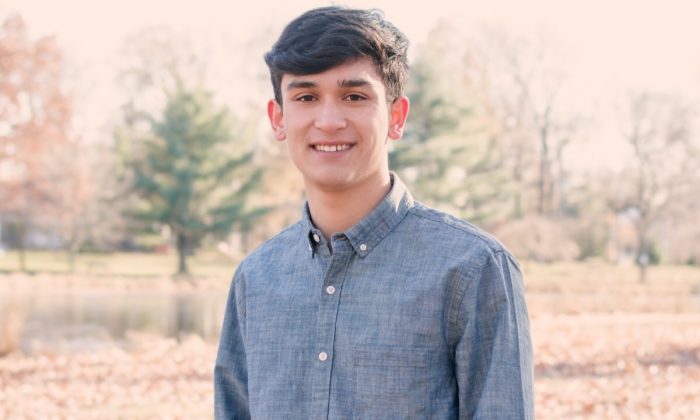 Michael Sot, 20, a student at The College of New Jersey, died on Dec. 4, 2018, two days after the car he was driving was hit by an impaired driver in Ewing, New Jersey. (Michael Sot/GoFundMe)
Crime and Incidents

A New Jersey restaurant apologized after a text message exchange was revealed. It showed a manager firing a college student for trying to attend the funeral of a friend who was killed by a drunk driver.

The husband of the manager, Ben, who also owns Cafe 72 in Ewing Township, issued a statement saying the student was not fired.

“Her last shifts were this weekend before leaving for holiday break to be with her family and friends until January 28th. This private conversation was not related in any way to the mourning of Michael,” he wrote in a statement published on the cafe’s website.

“Although this interaction was displayed completely out of context by a friend of the employee and drastically misrepresents Katie and our establishment, we recognize that there is NOTHING that excuses it. We carelessly let the stresses of family and business replace the professionalism, respect, and empathy that every employee and person deserves.”

The owner highlighted the restaurant’s charitable work and said that it will donate $1,000 to the GoFundMe fundraiser for the family of the student who was killed.

“We would also like to add to this donation by giving another 10% of all sales the remainder of this week in his honor. Thank you for taking the time to read this and we wish everyone a happy and healthy holiday season,” he said.

The series of messages between the manager, Katie, the owner’s wife, and the employee, who has not been identified by name, was published on Facebook and went viral recently, reported New Jersey Advance Media.

The student texts Katie asking if anyone could cover for her. She explains that he close friend passed away, posting a link to a story about how Michael Sot, 20, a student at The College of New Jersey, died after the car he was driving was hit by a drunk driver.

“I’m trying to find a cover for my shifts so I can attend the funeral service rather than call out and leave you guys hanging,” the student wrote.

The manager replies, “Oh wow thanks. Just don’t come back to work.”

“I like you but I’m sick of all staff not taking their job seriously and just [expletive] expect me to cover all of your shifts,” added the manager. “I have a business to run at the end of the day. And a family.”

The student says that she is trying to be responsible by alerting the manager and finding someone to cover the shift. “Letting someone go because of a death is unethical,” the student said.

“I’m not playing this game. If you can’t work and there is no one [to] cover the shift in order for the restaurant to operate I have to let you go. Sorry,” the manager said.

After the exchange went viral, the cafe’s Yelp reviews and ratings have plunged as customers and others also slammed the cafe on social media. The restaurant later removed its Facebook page.

Sot, the college student, was the designated driver and was making sure his friends got home safe, a friend who started the fundraiser wrote on the page.

The fundraiser raised over $68,000 at the time of this publication.

Sot was rushed to the hospital on Dec. 2, with serious injuries and passed away on Tuesday, two days later.

The car Sot was driving was slammed into head-on by a vehicle driven by David Lamar V, 22, when Lamar tried to pass by vehicles on Pennington Road in Ewing near the college’s campus, police officers told the Asbury Park Press. Lamar ended up crossing the double yellow line and hitting Sot, who was driving in the opposite direction.

Lamar is facing second-degree vehicular manslaughter after Sot’s death in addition to seven counts of assault by auto. According to a criminal complaint, he was impaired while operating his 2018 Kia Optima.

“What happened here was a tragic accident,” Robin Lord, Lamar’s attorney, said in an email sent to the Advance Media. “David maintains his innocence and we are investigating the exact cause of the accident. We send our sympathies to the victims and the family of the boy who lost his life.”

Lamar is being held in the Mercer County Jail to await a detention hearing.

Jenna Passero, 21, one of the injured, told the Park Press that her boyfriend Ryan Moore, a senior at The College of New Jersey, was in critical condition from the crash; he suffered a traumatic brain injury, spinal injury, and broken pelvis. Three other students from the college were among the injured.

A passenger in Lamar’s car was also injured, suffering bladder and spinal injuries. The passenger hasn’t been publicly identified.