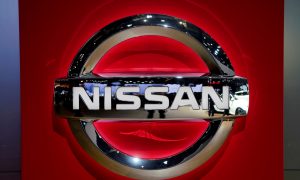 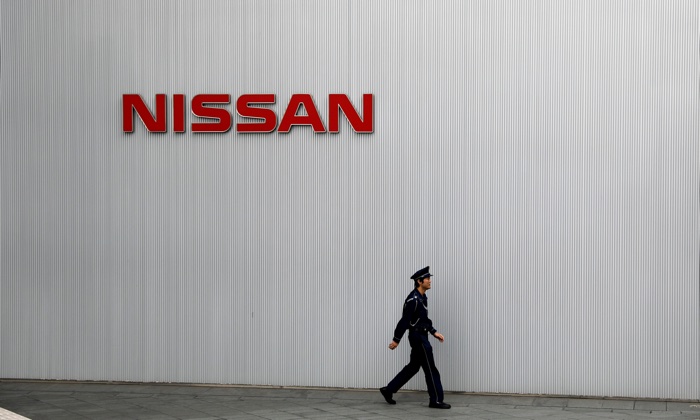 The struggle for the leadership of embattled Nissan Motor Co. ended in an uneasy compromise, as the top contenders all got senior roles.
The carmaker’s directors tapped Makoto Uchida, 53, the head of its China joint venture, as chief executive officer, to work alongside new Chief Operating Officer Ashwani Gupta and Jun Seki, the new deputy COO. These three were all on the shortlist a week ago.

One factor in the decision was suggested by Chairman Yasushi Kimura at a news conference at Nissan’s headquarters in Yokohama late Oct. 8. By adopting a collective-style leadership, the board ensures that no one can dominate decision-making, a clear reference to ousted leader Carlos Ghosn’s outsized influence over Nissan and its alliance with top shareholder Renault SA.

Ghosn led both companies for years and held their two-decade partnership together until his arrest last November on allegations of financial misconduct, which he has denied. His downfall exposed shoddy corporate governance at Nissan and brought long-standing tensions between the automakers to the fore.

Relations were further strained when Nissan’s failure to back Renault’s plan to merge with Fiat Chrysler Automobiles NV effectively scuttled the transaction.

Nissan would be open to evaluating a Fiat deal after it rebalances its lopsided shareholding relationship with Renault, according to people familiar with the situation. The French carmaker holds 43% of Nissan, while the Japanese company owns 15% of Renault, without voting rights. While talks haven’t resumed, a change of management at Nissan was seen by some as a precondition for restarting discussions, the people said, asking not to be named citing private matters.

Uchida’s most urgent tasks will be to reverse a slide in profit and execute a massive overhaul, all while navigating the treacherous corporate and political crosscurrents in Japan and France. His appointment follows the September departure of Hiroto Saikawa, who resigned as CEO following a scandal over pay.

Uchida ran Nissan’s joint venture in China, the carmaker’s single biggest market, accounting for almost a third of its operating income in recent years. He joined Nissan from Nissho Iwai Corp. in 2003, and won favor with Renault while collaborating with the French firm on joint procurement, said people familiar with the matter, who asked not to be identified.

Known for his overseas experience, Uchida has also worked for Renault Samsung in South Korea. He studied theology at Doshisha University, an unusual background for someone in the auto industry.

Nissan’s leadership search came at a critical time for the company, which reported decade-low profits in July and announced plans for 12,500 job cuts. Auto sales are slowing across the globe and new technologies from self-driving cars to electrification are disrupting the industry.

“There is restructuring to be done at home and abroad, new vehicle development needs to speed up, while management coordination with Renault and efforts to improve profitability are in disarray,’’ said Koji Endo, an analyst at SBI Securities Co. “There are so many things to do.”

Gupta was viewed as a supporter of the auto-making alliance, which includes Mitsubishi Motors Corp., winning him the favor of Renault Chairman Jean-Dominique Senard. Born in Dehradun, India, Gupta graduated from the country’s Jawaharlal Nehru Engineering College before obtaining a diploma from French business school INSEAD.

A Renault representative declined to comment on the Nissan appointments.

The 49-year-old Gupta started his career in 1992 in engineering and purchasing in private industry and later moved to management positions with Honda Motor Co. in India and Japan. In 2006, Gupta became general manager of purchasing at Renault India in Mumbai, and in 2008 moved to the Renault Nissan Purchasing Organization in France as global supplier account manager for braking systems.

“Uchida and Gupta seem to have a good balance,” said Tatsuo Yoshida, a senior auto analyst at Bloomberg Intelligence in Tokyo. “Mr. Uchida has experience outside of Nissan and came from a trading company, while Mr. Gupta is not Japanese nor French and has worked at other Japanese automakers, which can help the alliance strengthen.”