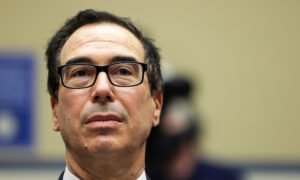 Most College Students Self-Censor on Campuses: Survey
0
US

Nine hospitals in seven states across the country have agreed to pay $9.4 million to the U.S. government to settle false claim charges.

The allegations arose when hospitals were caught performing kyphoplasty operations under inpatient care. Kyphoplasty is a minimally invasive procedure, used to treat osteoporosis-caused spinal fractures that can be performed as outpatient operations.

These settlements have come after the government reached settlements with nine other hospitals around the country in May and September of last year over alleged kyphoplasty-related fraud claims.

According to the Department of Justice, the False Claims Act also incorporates a “whistleblower provision,” known as the qui tam, which allows private citizens to file an action on behalf of the United States and share in any recovery.

The False Claims Act is most often used in dealing with such cases of fraud. The implementation of the act has cumulated $2.2 billion since January 2009 in cases involving fraud against federal health care programs.