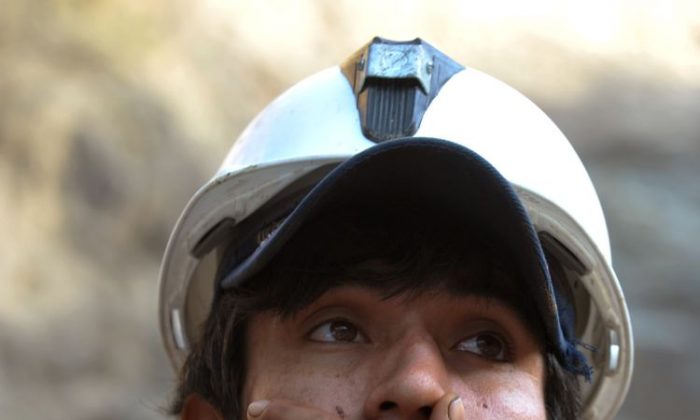 A young miner waits for his shift to participate in the rescue operation of nine colleagues who have been trapped underground following the collapse of a shaft in the Cabeza de Negro copper mine in in the Andes east of Ica, south of Lima, on April 8 (Cris Bouroncle/AFP/Getty Images)
World

Nine Trapped in Peruvian Mine

Rescue workers in Peru said they are attempting to free nine miners trapped alive for two days in the southern portion of the country, it was reported.

The nine miners are trapped more than 650 feet from the tunnel in a copper mine and have received oxygen and water, and have been able to communicate, all through a hose, the El Comercio newspaper reported.

The head of the effort, Jose Saavedra, told the newspaper, “It rains constantly,” and added that the area needs clearing. A regional director, Huber Mallma, added that the miners “informed me that their health is stable, and they are confident they will be rescued.”

Edgar Ortega, the head of the country’s defense agency, told El Peruano that “it is very possible that by this night, the miners will be rescued,” but added that there could be risk of new landslides near the tunnel.

The miners have been stuck in the Cabeza de Negro mine since Thursday, bringing back memories of the 2010 Chilean mine collapse that trapped 33 men for 69 days. All the miners were finally rescued after being pulled out one-by-one.