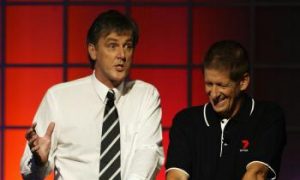 Roy and HG to Cover the Games
0 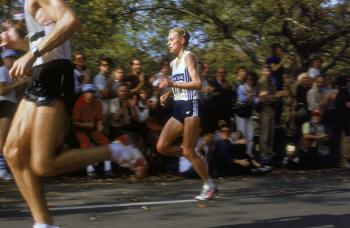 By Margaret Lau
Print
NEW YORK—Grete Waitz, 57, the Norwegian marathon runner who won the city’s marathon nine times passed away Tuesday in a hospital in Oslo, Norway. A former schoolteacher, Waitz was a four-time world marathon record-setter and four-time Olympian.

Since 2005, Waitz had been battling cancer, although it was not disclosed the type of cancer she had.

Prior to her run in the October 1978 New York City race, Waitz had never run a marathon, according to The Associated Press.

However, with two world-records in the 3,000 meter under her belt, Waitz had been invited to participate as a "rabbit," a runner introduced to be a pacesetter. Waitz won the race and set a world record of 2 hours, 32 minutes, and 30 seconds.

In 2008, 30 years later, Waitz recollected how she had endured that first marathon and cursed her husband two-thirds through the race for convincing her to participate, The Associated Press reported.

"I was hurting. I was mad. I was angry. I told Jack: 'Never again!" said Waitz, according The Associated Press. That "never again" evolved into eight more wins in the city’s marathon.

No other male or female athlete has ever won nine New York City’s marathon.

“Grete was a great champion in life as well as in sport. Grete is forever part of New York Road Runner and we treasure every moment we had with her,” said Mary Wittenberg, president and chief executive officer, New York Road Runners in a statement posted on the NYRR website.

Waitz made lasting impressions on New York City marathons and inspired female athletes such as Paula Radcliffe and Deena Kastor, said Wittenberg, who added that Waitz would continue to be a powerful role model for female athletes.

A resident of Norway, Waitz had a home in New York City. She was an NYRR board member and played an active role in establishing NYRR nationwide youth programs.

Retired cyclist Lance Armstrong, who triumphed over testicular cancer, described Waitz as "a good friend and an incredible athlete" in his Twitter feed.

Waitz leaves behind her husband Jack Waitz and her two brothers, Jan and Arild.