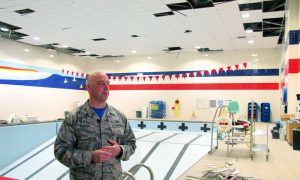 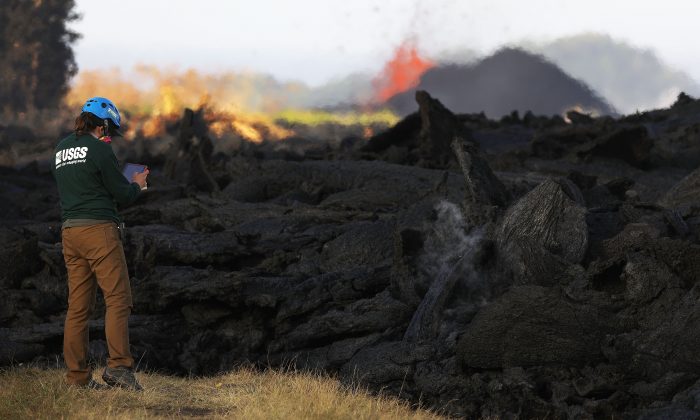 The ninth earthquake in six weeks struck the area bordering Alabama and Florida on April 12.

A further five quakes were reported in March, according to the Associated Press. USGS said a 2.7 magnitude quake hit on April 14 an early about 2 miles east of Century, Florida.

Two quakes hit Brewton and also on the Florida side of the state line on March 13. Another 2.6 magnitude quake occurred around 11 p.m. on March 11 about 8 miles northwest of Flomaton.

USGS said another 2.5 magnitude quake hit a few hours later and a stronger quake with a magnitude of 2.8 hit nearby in the afternoon of the same day.

Several other earthquakes have been detected in the same area in recent weeks, about 45 miles north of Pensacola, Florida.

BREAKING: ANOTHER earthquake has struck near the Alabama-Florida state line. It’s the fifth small quake in the area this month. https://t.co/va7j8MM6YI

QUAKE SCARE – There’s been three earthquakes at the Florida-Alabama border over the past week; the most recent happening last night https://t.co/77fnfZwAgI

The first quake hit 3 miles northeast of Flomaton on March 6 and measured the strongest at 3.1 magnitude.

No damage or injuries were reported.

Government researchers are trying to determine if the quakes could be related to oil and gas operations near Brewton, although there is always the possibility the quakes are a natural phenomenon.

“The short answer is we don’t know,” USGS Geophysicist Justin Rubinstein told AP. “Certainly there isn’t historically a lot of seismicity in the area, but there is a history of seismicity.”

Few earthquakes were reported in the area, but in 1997, several quakes struck near Brewton, including one that was estimated to be a 4.9 magnitude. The tremor was Alabama’s second-largest earthquake ever recorded.

USGS is working with the Geological Survey of Alabama and University of Memphis to deploy seismometers across south Alabama and the Florida Panhandle.

The effort is hoped to identify possible causes of recent earthquakes in the area.

“The USGS, along with state agencies, both in Florida and Alabama, have been taking a look at these earthquakes, and trying to understand what exactly is going on in that area,” Rubinstein said. “We’re getting these on the ground and, when we have more instruments in the area, we’ll be able to better understand what has happened.”

Scientists will wait and see if there are additional quakes in the region to see whether the new instruments will provide more information on what is causing them.

However, “even in areas where you don’t expect earthquakes, there are earthquakes from time to time, so it is possible that these earthquakes are natural,” Rubinstein said.

Meanwhile, the Tennessee Valley Authority (TVA) plans to reinforce its Pickwick Dam against earthquakes this fall. The reinforcement is estimated to cost about $150 million and require about a million tons of rock and sand, according to AP.

TVA Senior Program Manager at Pickwick Dam Bernie Auld said damage to the dam, originally built in 1938, and its clay core could cause flooding similar to what Savannah, Tennessee, saw back in 2013.

The dam is equipped with an updated warning system, which added about 30 instruments to measure seismic activity. Construction is expected to end in the year 2021.

TVA’s biggest concern is the dam’s proximity to the New Madrid Fault Line. TVA and other groups plan to conduct a training exercise that simulates a large earthquake at fault line in June.