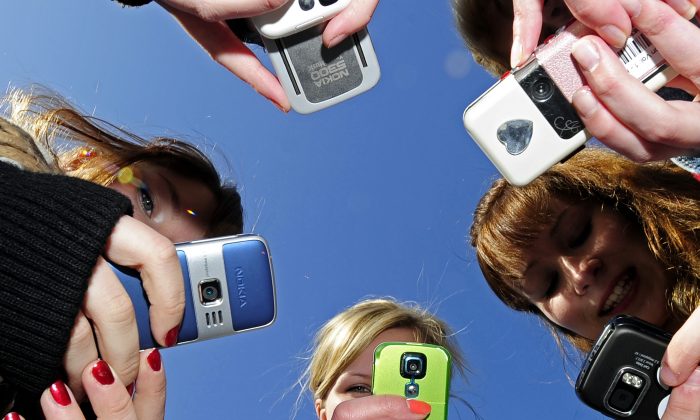 Many parents will tell you that getting their teenagers away from the screens is harder than sailing around the world in a yacht.

Some parents in Australia have had enough and are sending their tech-addicted teenagers to boot camp to help kick their technology addiction.

The nine-day boot camp run by ex-service men and women is using both physical and mental military might to train kids to do “real stuff” and step out of the virtual world, reported 7News.

Glenn Filtness of Veteran Mentors, who is leading the group of soldiers in a bid to transform young Australian lives, said the camp helps children learn important life lessons.

So much of the transformation we see in our Junior Leaders happens around the fire. #veteranmentors #adolescentdevelopment pic.twitter.com/Kvbc2ugNx2

“We have kids coming in that are lacking self-confidence and addicted to technology,” Filtness told 7News.

“It is fun, challenging and can help to arm them with management skills and resilience that will help them forge ahead into adulthood and on into workforce,” according to the Veteran Mentors website.

Filtness said that as soon as participants arrive, it’s strictly no technology.

“The second they get on our bus we take their phones and any technology they have off them straight away,” Filtness told the news station.

Health and wellbeing play a huge role in our Junior Leader Program.
Here are just a few reasons why. https://t.co/mhySlA7y6Y pic.twitter.com/kDUaLXUWuY

Most of the former Australian soldiers who are running the camp have come straight from the frontline of Afghanistan and Iraq.

The participants are put through rigorous daily routines and activities such as physical training and nutritional education, making beds, polishing their boots, ironing their uniform, cleaning their barracks, and marching.

According to the Veteran Mentors website, the benefits of a digital detox include: additional sleep and exercise, better personal control, increased positivity and confidence, less instance of behavioural issues, heightened social skills and interactions, and increased productivity.

University of Wollongong technology expert Professor Katina Michael told the ABC last year that adolescents are most at risk of social media addiction.

“If you ask people to report on how often they use their smartphones, they may under report or they may be missing information and consider themselves average users,” she said.

“We see others on smartphones at train stations, bus stops and at work and we think it’s become a normalised activity,” she added.

“I think more and more adolescents are considering that the pressures of social media are so vast that it’s best to get off,” she told the news broadcaster.

“[Young people] need to be connected and feel they can’t be disconnected, and a quarter of our teens are constantly connected and send about 150 texts per day,” she added.

The tech detox, which is held on the Gold Coast, isn’t cheap, at more than AU$4,000, however, Filtness said the program is effective.

“It’s very tough for the participants and that’s why it’s effective – if it wasn’t tough it wouldn’t work,” Filtness told the news station.