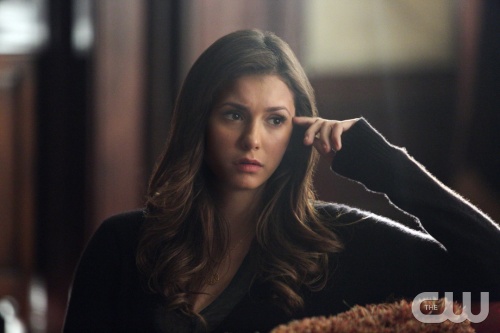 Nina Dobrev does have a boyfriend, and it’s Vampire Diaries co-star Chris Wood, according to a new report.

Dobrev’s love life has been the subject of intense speculation and numerous rumors ever since she split from TVD co-star Ian Somerhalder.

They only picked up after Somerhalder began dating Nikki Reed earlier this year.

Now a source close to Dobrev and Wood tells Hollywood Life that Dobrev, 25, is dating Wood, 26.

However, things are super casual and they don’t feel like getting into anything serious.

“They are great friends who have hooked up on the recent times they have been out together but they are not currently looking to start a relationship,” the source said.

“They are both very cool about it and it has not ruined working with each other or caused any issues.”

“Congratulations Nina in your new relationship with Chris Wood,” said one.

“Please get married and have babies,” said another.

It’s worth noting that Dobrev and Wood haven’t confirmed the rumors and they could, in fact, not be going out or even hooking up.

Dobrev has been linked to multiple guys over the past couple years, including a recent report that claimed she was dating Mark Foster of the band Foster the People.