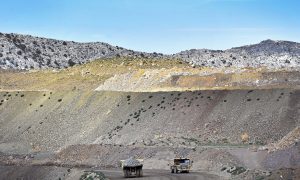 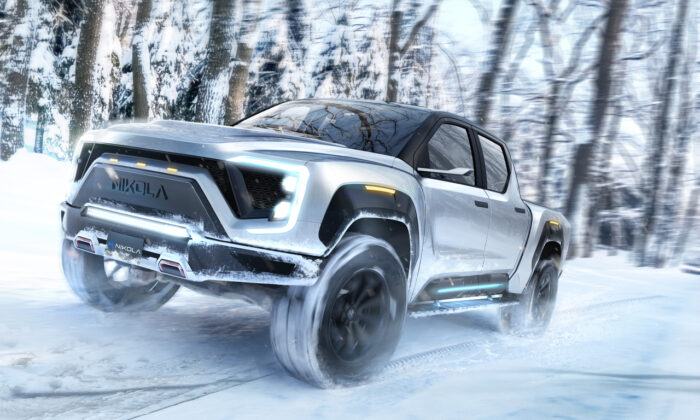 Nikola Takes On Tesla For Future of Trucks & Pick-Ups

Hydrogen fuel-cell truck manufacturer Nikola Corp. is currently selecting a suitable partner to produce its Badger pickup truck, a product the company claims will be a direct competitor for Ford’s legendary F150—which is both Ford’s and America’s best-selling vehicle. Customers can place their orders for the Badger on June 29.

Named for Serbian-American inventor and electrical engineer Nikola Tesla, Nikola the company debuted on the Nasdaq stock exchange on June 4, with its shares skyrocketing in value in the days that followed. From an opening share price of $37.55 two weeks ago, the stock was hovering at just under $66 in Thursday trading, giving the company a market capitalization of $23.8 billion—just shy of that of Ford Motor Company.

With its choice of hydrogen fuel-cell electric vehicle (FCEV) and battery (BEV) powertrain technologies, Nikola claims its FCEV Badger will boast a range of 600 miles, while the BEV model will take its occupants 300 miles. This compares favorably to the Tesla Cybertruck’s claimed range of 500 miles.

Although the company hasn’t delivered any trucks yet, founder Trevor Milton said recently that Nikola would commence delivery of its heavy-duty hydrogen FCEV ‘One’, ‘Two’, and ‘Tre’ tractor unit models in the second half of next year. The trucks will be built in partnership with CNH Industrial, the Italian-American manufacturer of Iveco trucks.

“We are already building prototypes right now on the line in our factory in Ulm, Germany,” said Milton.

The company’s Ulm facility could produce 35,000 trucks per year, according to Milton, while it will also begin construction on a factory in Arizona this year that will have an annual production of 35,000 commercial trucks.

Nikola has plans to deliver hydrogen fuel-cell versions of the commercial trucks by the end of 2022. The trucks will have a range of up to 750 miles.

Nikola’s competitor Tesla, which unveiled its all-electric ‘Semi’ big rig in November 2017 and its ‘Cybertruck’ pickup in November of last year, is constructing a series of gigafactories to produce the new Tesla models.

According to Milton, however, Nikola will outsource the manufacturing of its trucks and pickups. “There are three (automakers) in the running right now for a joint venture on Badger, and we will announce who that is in the next few months,” said Milton in an interview with Reuters.

Nikola will also focus on providing a network of hydrogen refueling stations across the United States, where the company will sell the fuel required to run their trucks.

The company has already agreed to large-volume sales to customers, including an 800-truck deal with brewing giant Anheuser-Busch InBev, while freight forwarder US Xpress Enterprises has placed another multi-million dollar order.