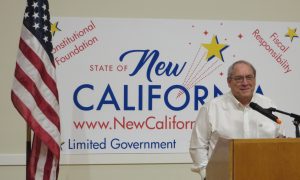 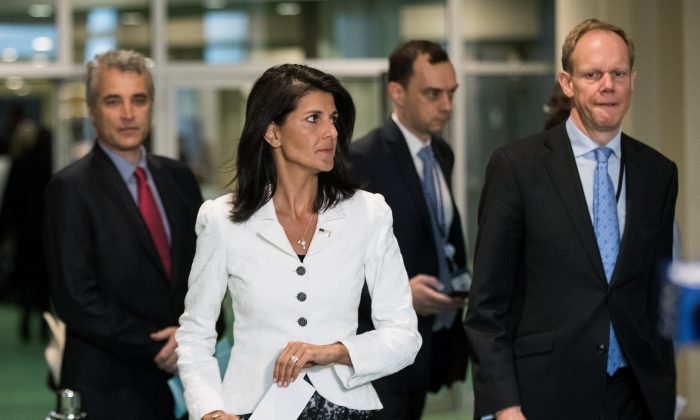 Former United Nations Ambassador Nikki Haley warned an audience on May 29 about the widespread proliferation of socialist ideas in education and the media adding that if it catches on, it would be dangerous for the United States, warning that it could lead “to poverty and oppression.”

“America’s dangerous flirtation with socialism is in colleges, in the media, and in Congress. We have an obligation to remind everyone that if you care about global poverty, you should support capitalism,” Haley said during the 32nd annual Economic Club of Grand Rapids dinner meeting in Michigan, reported M Live.

This comes as more Americans have shown support for Democratic socialist candidates like Sen. Bernie Sanders (I-Vt.). A recent Gallup poll has observed this shift, stating that over 40 percent of Americans say socialism would be a good thing for the United States. It also found that 47 percent of Americans would vote for a presidential candidate who is socialist, a number which has remained the same since 2015.

Several Democratic presidential candidates have pushed for socialist policies as their leading agenda in the 2020 race. For example, Sanders has promoted socialist policies like “Medicare for All,” the “Green New Deal,” free college tuition, and the $15 minimum wage, which have been endorsed by other Democratic candidates including Sen. Kamala Harris (D-Calif.), Sen. Cory Booker (D-N.J.), and Sen. Elizabeth Warren (D-Mass.).

Haley, who is the president of Stand for America, said Americans have an obligation to pass on knowledge about the consequences of socialism to the next generation, reported M Live. Stand for America is a group that promotes “public policies that strengthen America’s economy, culture, and national security,” with an aim to raise awareness and combat socialism domestically and abroad.

President Donald Trump, Vice President Mike Pence, and many prominent conservative speakers have repeatedly warned about the dangers of socialism. Moreover, Trump, who is strong a critic of socialism and communism, has previously vowed that America will never become a socialist country.

“Here, in the United States, we are alarmed by new calls to adopt socialism in our country,” Trump said during the annual State of the Union address in February. “America was founded on liberty and independence—not government coercion, domination, and control. We are born free, and we will stay free.”

“We renew our resolve that America will never be a socialist country,” he added.

Other prominent figures also called out Democrats’ push for socialist policies at the annual Conservative Political Action Conference back in February.

“But you know what the biggest threat to America is? Not socialism in Moscow,” Gorka said. “[It’s] socialism here in America.”

He said that 52 percent of millennials have positive views about socialism and communism in America, citing statistics from the Victims of Communism Memorial Foundation. He added that communism is taking over America under the guise of Democratic socialism.

Although many Democrats have openly supported socialism, House Speaker Nancy Pelosi (D-Calif.) has distanced the party from it.

“I do reject socialism as an economic system. If people have that view, that’s their view. That is not the view of the Democratic Party,” Pelosi said last month during an interview.

Haley left her role as ambassador in December last year and has since joined Boeing’s board of directors, reported The Hill. She was nominated for the new role in February this year.

Socialism, which takes the form of progressivism in the United States, is a precursor to communism that has already infiltrated into U.S. politics, higher education, and culture, according to The Epoch Times series How the Specter of Communism is Ruling Our World.