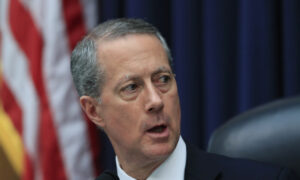 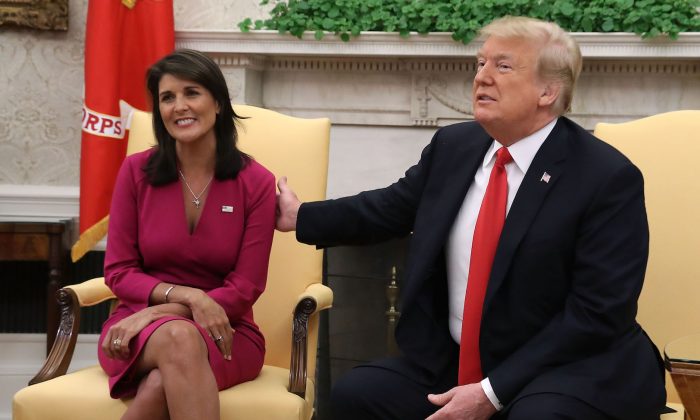 Nikki Haley Claims Tillerson, Kelly Tried to Recruit Her to ‘Save the Country’ by Undermining Trump

Nikki Haley, the former U.S. ambassador to the United Nations, said that two of President Donald Trump’s former senior advisers attempted to get her to undermine him.

Haley said former Secretary of State Rex Tillerson and former White House chief of staff John Kelly both tried to get her to work around the president.

“Kelly and Tillerson confided in me that when they resisted the president, they weren’t being insubordinate, they were trying to save the country,” Haley wrote in a memoir, according to The Washington Post.

“It was their decisions, not the president’s, that were in the best interests of America, they said. The president didn’t know what he was doing.”

In one instance, she recalled a disagreement she had with Tillerson and Kelly during an Oval Office meeting over a suggestion that the United States shouldn’t fund a United Nations agency that supports the Palestinians. Haley said she had the support of the Trump administration’s Middle East envoys.

But she said that Kelly and Tillerson said that cutting aid could lead to threats to Israel as well as reduced U.S. influence.

“I was so shocked I didn’t say anything going home because I just couldn’t get my arms around the fact that here you have two key people in an administration undermining the president,” Haley told The Washington Post.

“It absolutely happened,” Haley also told CBS News on Nov. 10. “And instead of saying that to me, they should’ve been saying that to the president, not asking me to join them on their sidebar plan.

“It should’ve been: Go tell the president what your differences are, and quit if you don’t like what he’s doing. But to undermine a president is really a very dangerous thing. And it goes against the Constitution, and it goes against what the American people want. And it was offensive.”

Kelly told the paper that if giving Trump “the best and most open, legal, and ethical staffing advice from across the [government] so he could make an informed decision is ‘working against Trump,’ then guilty as charged.”

In her upcoming memoir, “With All Due Respect,” Haley said that she had an obligation to carry out Trump’s orders because he was elected by the American public, the Post reported.

The memoir is slated to be published on Nov. 12.