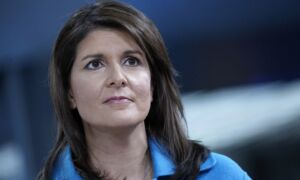 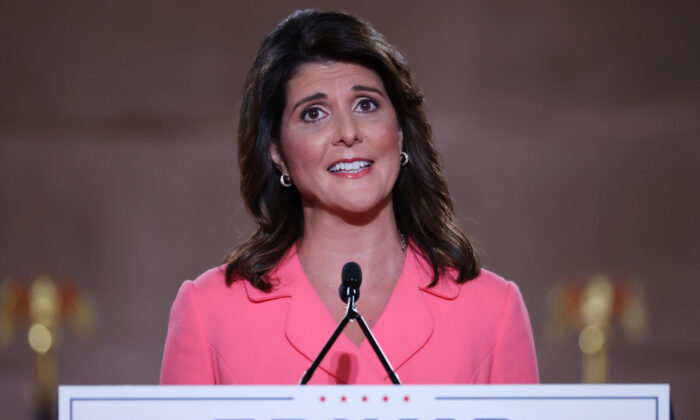 Former UN Ambassador Nikki Haley in a recent interview broke from Trump, criticizing his actions in relation to the Jan. 6 incident at the Capitol.

Haley, in a lengthy profile interview with Politico focused on her former boss and a possible run for the presidency in 2024, said that she does not believe Trump will run for federal office again in the wake of the Jan. 6 Capitol breach, telling Politico, “I don’t think he can. He’s fallen so far.”

Haley has all but confirmed a run for presidential office in 2024. In the profile by Politico’s Tim Alberta, she was repeatedly questioned about Trump’s role in what happened on Jan. 6 and if she agreed with what her former boss did after the November election.

Democrats, legacy media, and some Republicans have criticized the former president for not conceding on Nov. 4 after mainstream media outlets called the election for Biden, and instead opposing the numerous irregularities on election night and later filing legal actions against a handful of key states.

Trump’s legal team said these states changed elections laws without the approval of their state’s legislature or had other legal issues that were documented via the testimony of numerous people who signed sworn affidavits saying they had witnessed voter fraud.

Many of the legal cases were dismissed by courts on procedural grounds without the evidence being heard and ruled on. In the interview, Haley reluctantly supported Trump’s challenging the election results.

“I understand the president. I understand that genuinely, to his core, he believes he was wronged,” Haley told Politico. “This is not him making it up.”

She equated his belief about the election results to a person who is color blind. “There’s nothing that you’re ever going to do that’s going to make him feel like he legitimately lost the election. He’s got a big bully pulpit. He should be responsible with it,” she added.

On policy, Haley aligns with her former boss, as she has been an advocate for Trump’s America First agenda and believes in being hard on the Chinese Communist Party. But Haley said she was angered after the Jan. 6 protests and Trump’s call for Vice President Mike Pence to object to the electors of the states that were in question during the joint session of Congress.

“I am so disappointed in the fact that [despite] the loyalty and friendship he had with Mike Pence, that he would do that to him,” Haley continued. “Like, I’m disgusted by it.”

Haley also acknowledged that the former president still has the love and support of many in the GOP, and that impeaching him is a futile effort.

In January Haley launched the Stand For America PAC, named after her website with the same name, where she is raising money for the “2022 midterms and electing a conservative force to the House of Representatives and U.S. Senate to counter the liberal agenda of Joe Biden, Kamala Harris, Chuck Schumer, and Nancy Pelosi.”

Trump’s Save America PAC did not immediately respond to The Epoch Times’ request for comment.