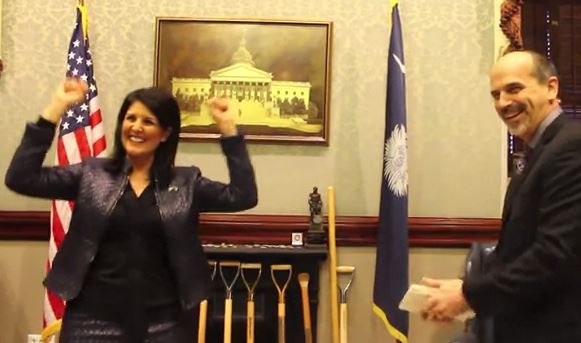 Nikki Haley, the governor, breaks a board with her bare hand in a video she posted online.

With an unidentified man holding the board, Haley slices through the air and hits the board, snapping it in half.

“I earned an honorary 4th degree Black Belt today!” Haley exclaimed via Facebook. She received the black belt, which has her name emblazoned with her name in both English and Korea, from representatives of the state’s largest tae kwon do tournament, reported ABC. Haley previously declared the last Saturday of September as Tae Kwon Do Day in South Carolina.

Check it out below.