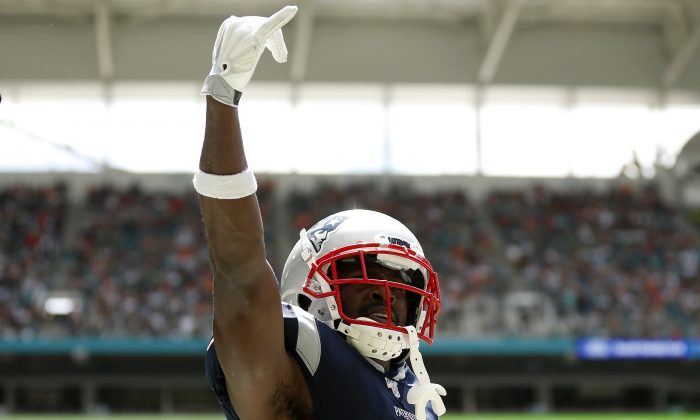 It comes as a former physical trainer, Britney Trainer, accused Brown of assault, which the NFL player has denied.

Meanwhile, there are no Antonio Brown sneakers available on Nike’s website, including his shoe, the “Nike Tech Trainer Antonio Brown.”

Taylor filed a lawsuit several days after Brown signed with the Patriots following his was released by the Raiders.

In February, he came out with a $100 “Nike Tech Trainer Antonio Brown” shoe before he was traded to the Raiders. The shoe featured Brown’s No. 84 and the phrase, “Business is Boomin,” according to ESPN.

After Taylor’s lawsuit was filed, football helmet maker Xenith said it was ending its relationship with Brown, ESPN reported.

Two people with knowledge of the investigation into Antonio Brown being accused of sexual assault tell The Associated Press that one of the accusers has met with NFL investigators and that there is no timetable for concluding the probe.